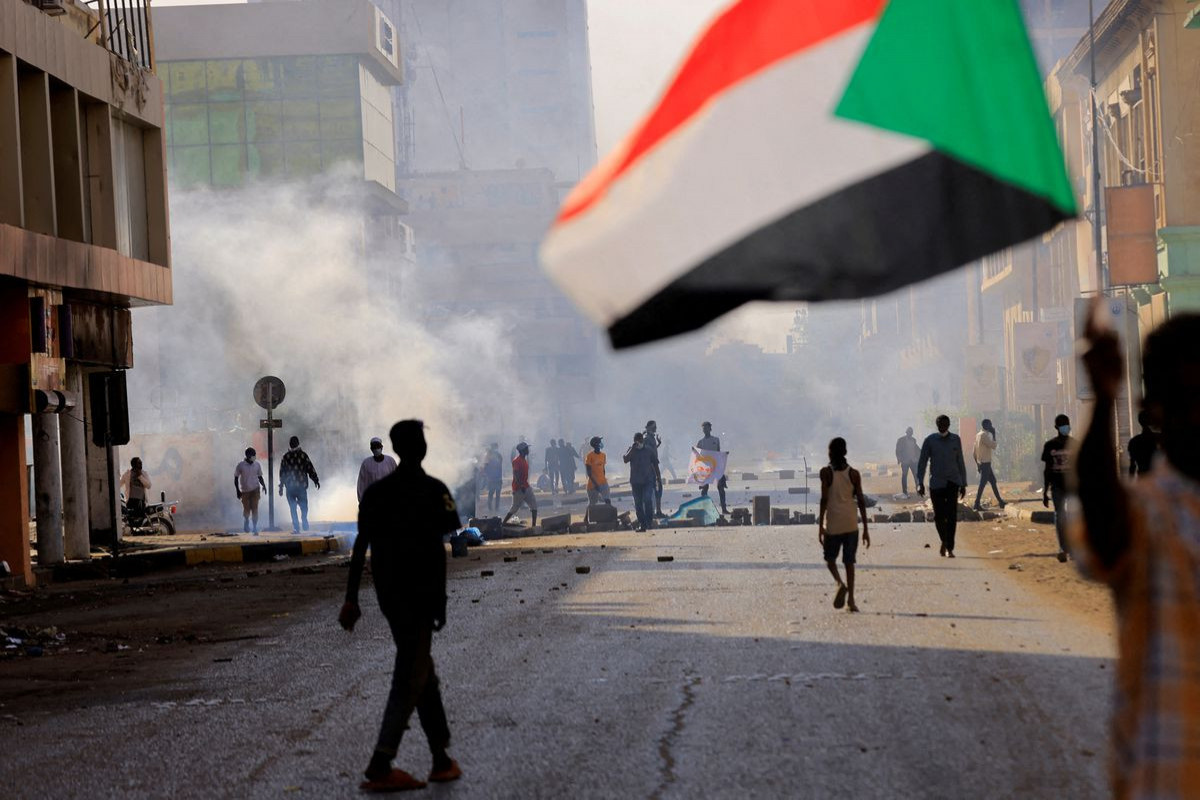 Protesters opposed to military rule on Saturday reached the vicinity of the presidential palace in the capital of Khartoum for the second time in a week, television images showed, despite heavy tear gas and a communications black out, APA reports quoting Reuters.

A Reuters witness said Sudanese security forces fired tear gas to disperse the crowds on a tenth day of major demonstrations since an Oct. 25 coup.

Protests have continued even after Abdallah Hamdok was reinstated as prime minister last month.

A week ago, demonstrators managed to begin a sit-in at the gates of the palace, but on Saturday they were met with rows of security forces.

Internet services were disrupted in the capital, Khartoum, and locals were unable to make or receive domestic calls on Saturday, the witnesses said, while soldiers and Rapid Support Forces blocked roads leading to bridges linking Khartoum with Omdurman, its sister city across the Nile river.

In neighbouring Omdurman, security forces also fired tear gas at protesters around 2 kilometres (1.24 miles) away from a bridge connecting the city to central Khartoum, another Reuters witness said.