Mexico's president to lay out 'unorthodox' coronavirus plan to shield the poor, economy 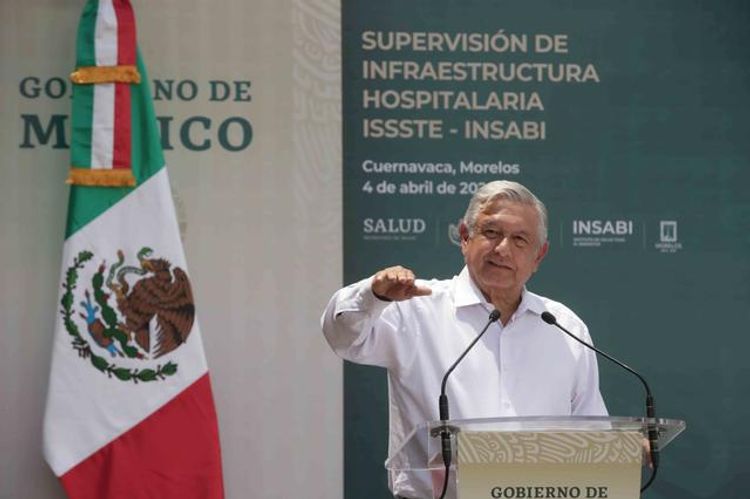 Mexico’s President Andres Manuel Lopez Obrador on Sunday will outline measures to alleviate the economic impact of the coronavirus outbreak with a focus on shielding the poor, but is likely to resist calls to borrow heavily for a giant stimulus package, APA reports citing Reuters.

Governments across the globe have unleashed unprecedented spending pledges to minimise the damage to their economies from the fallout from the coronavirus, including a $2 trillion package by Mexico’s biggest trading partner, the United States.

Lopez Obrador, a leftist, has shown little appetite to follow in the footsteps of Mexico’s northern neighbour and has pledged to put forward an “unorthodox” plan. On Saturday, he said he would try to do “all that is possible” to prevent Mexico from piling on debt.

The socialist leader has made it clear that he would focus any economic measures on shielding the poor rather than on big businesses from a coming recession, with some analysts forecasting the economy could contract by as much as 10%.

Lopez Obrador, known by his initials “AMLO”, plans to tap around $10 billion from various rainy day funds and this week the finance ministry said the “buffers” for the economy include some $6.6 billion available as of the end of 2019 in the Budget Revenue Stabilization Fund.

“AMLO is not understanding the profoundness of the economic crisis that this may cause for a country like Mexico,” said Viri Rios, a Mexican political analyst.

“The mechanisms that AMLO is thinking about are going to be completely insufficient to deal with this type of recession.”

Ahead of his address to the nation on Sunday, Lopez Obrador has faced growing criticism from opposition for not moving fast enough with relief measures amid widening calls for a hike in spending.

Mexico’s opposition PRI party has criticised Lopez Obrador for planning to tap $10 billion from various funds and trusts, saying it “endangers” pension funds that have workers’ resources as well as money that provides stability to national finances.

On Friday a group of respected economists, veteran policy makers and politicians penned an open letter to Lopez Obrador calling for his government to act quickly, warning that without unprecedented measures there could be “an economic depression and a deepening of poverty not seen in Mexico in many decades.”

Mexican government’s latest economic forecast projects the economy could contract by as much as 3.9% in 2020, though analysts say this figure underplays the severity of the coming recession. The government expects to run a fiscal deficit of 0.4%.