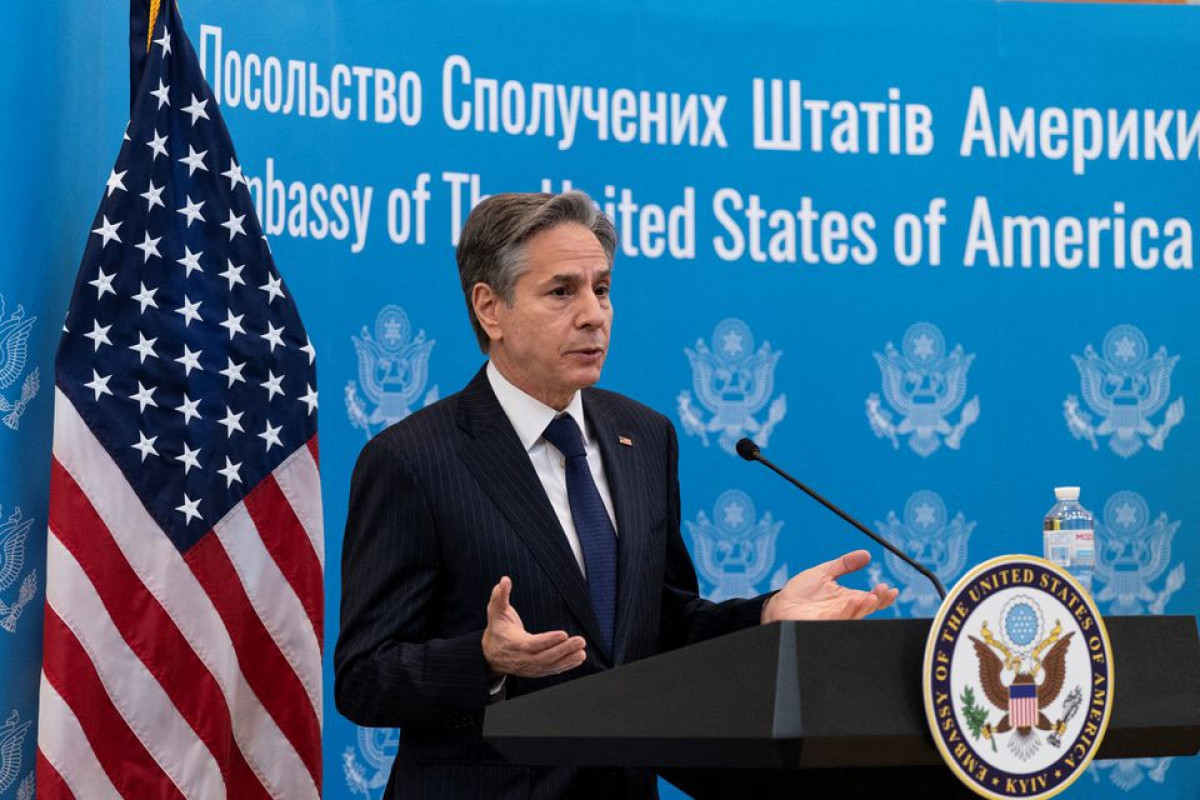 U.S. Secretary of State Antony Blinken said on Wednesday that Russia could launch a new attack on Ukraine at "very short notice" as he met the country's president on the first leg of a new diplomatic push to avert war, APA reports citing Reuters.

Russia said tension around Ukraine was increasing and it was still waiting for a written U.S. response to its sweeping demands for security guarantees from the West.

The pessimistic statements highlighted the gulf between Washington and Moscow as Blinken gears up for a meeting with Russian Foreign Minister Sergei Lavrov on Friday that a Russian foreign policy analyst called "probably the last stop before the train wreck".

Blinken told diplomats at the U.S. embassy in Kyiv that a Russian build-up of tens of thousands of troops near the Ukrainian border was taking place with "no provocation, no reason."