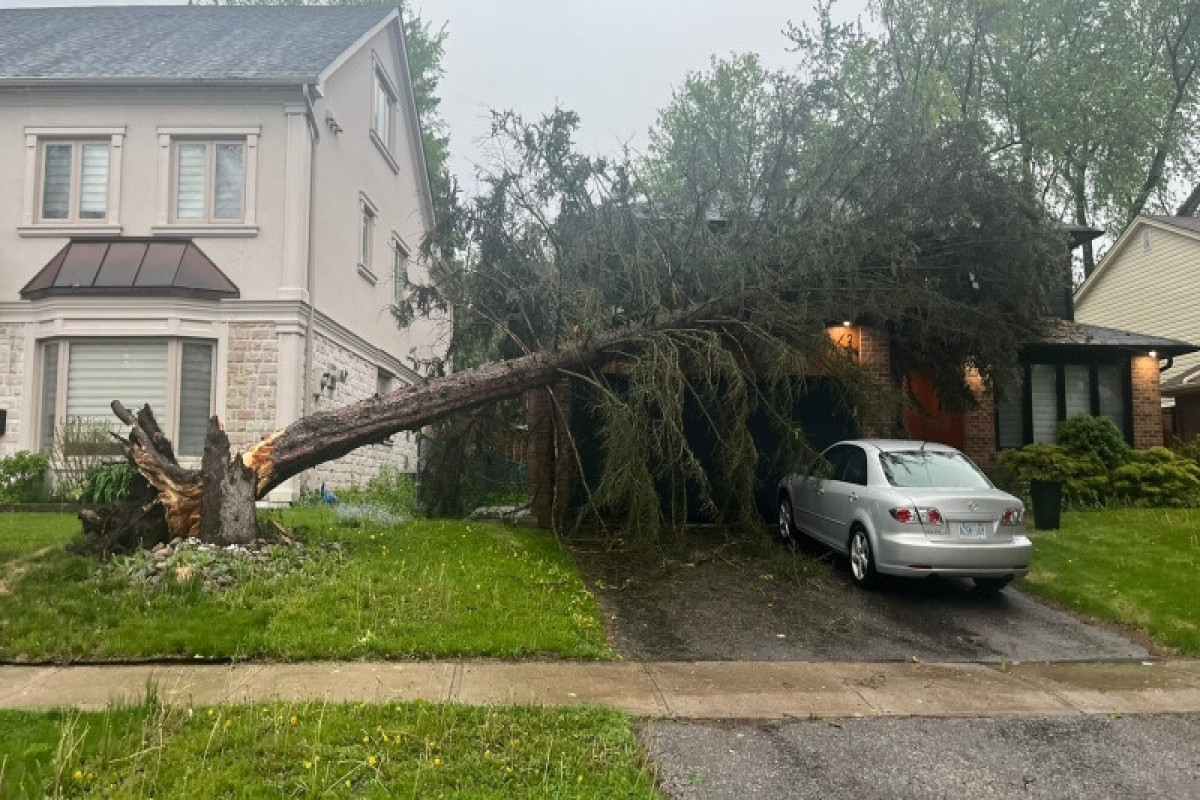 A thunderstorm that nearly packed the power of a tornado rolled through Ontario on Saturday killing at least two people and left parts of Canada's most populous province without power, authorities said, APA reports quoting Reuters.

Emergency crews were inundated with calls after the storm uprooted many trees, disrupting traffic and damaging homes. Police said one person died and two others were injured after a tree fell on their camping trailer in Brant County, in southern Ontario, while a woman in her 70s died after being hit by a tree during the thunderstorm.

Over 340,000 customers were without power due to the severe storms, Hydro One Ltd (H.TO), Ontario's largest utility said, adding additional resources have been deployed to restore power from extensive damage. Ontario is home to nearly 40% of Canada's 38.2 million population.

Emergency operations have been activated to assess the damage and threats on the ground, said Jim Watson, Mayor of Ottawa, Canada's capital city.

Environment Canada, which issued mobile alert warning of the severe thunderstorms, said wind gusts of 132 kilometers per hour were measured at the peak in some parts.

Residents took to social media to post images of the trail of the destruction by the dangerous storm, which lasted more than two hours.