Over 1,000 in Japan spend night stuck in 15-Km traffic jam during heavy snowstorm 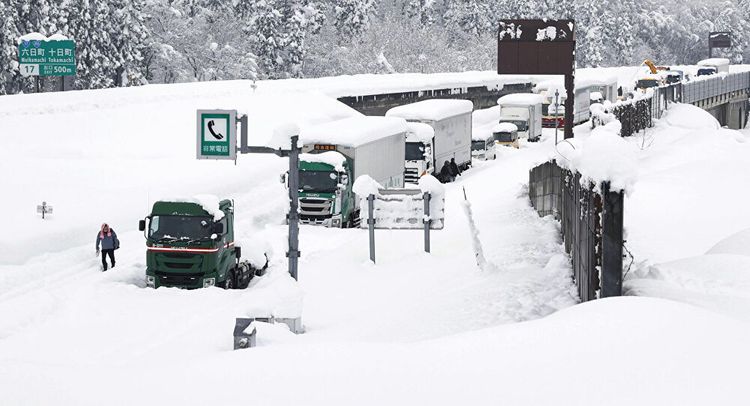 Over the past days, Japan’s central and northern regions, including the Niigata and neighboring Gunma prefectures, have seen record snowfall, seven times above the norm for this time of year, shocking local residents, according to media reports. The wintry weather resulted in disrupting transit and causing some areas to lose power, APA reports quoting Sputnik.

More than a thousand people in Japan were forced to spend Thursday night in their vehicles stuck in a traffic jam on a highway connecting Tokyo and the Niigata prefecture during an extremely heavy snowstorm, according to media reports.

The traffic congestion was said to have started on Wednesday after a car stuck in deep snow in the middle of the Kanetsu Expressway, Japan’s highway operator Nippon Expressway Company (NEXCO) told CNN.

The jam reached its peak on Thursday night, local time, as a line of motionless cars and trucks on the highway stretched a full fifteen kilometers (over 9.3 miles), according to NEXCO.