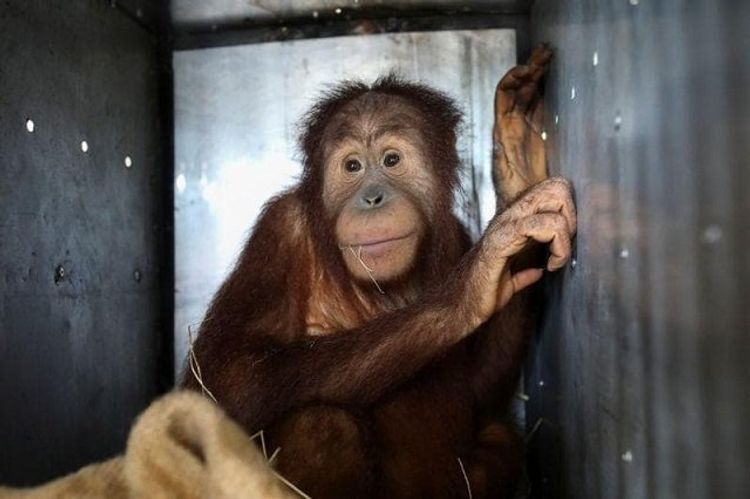 A pair of critically endangered orangutans, rescued from smugglers on the Thai-Malaysian border in 2017, have arrived in Indonesia to undergo rehabilitation so they can finally be released back into their native forest habitat, APA reports citing Reuters.

Believed to be between the ages of four to six the orangutans, Ung Aing and Natalee, spent three years at Khao Pratab Chang Wildlife Breeding Center in central Ratchaburi province, Thailand.

On Friday they arrived in western Indonesia’s Jambi province for medical checks, which will include COVID-19 swabs, before a rehabilitation process to prepare them for their jungle home.

“We will do a medical checkup and study their behaviour and habits before sending them to a forest rehabilitation centre at the Danau Alo sanctuary,” head of local Natural Resources Coservation Agency (BKSDA), Rahmad Saleh told reporters, after the great apes were wheeled out in two metal cages at Jambi’s Sultan Thaha airport before media and officials.

Video footage showed the female orangutans eagerly climbed out of their carriers and into a temporary holding facility.

It is unclear how long the pair will stay in the orangutan sanctuary before being released into the wild.

Orangutans are poached illegally for food, breeding to supply the domestic and international pet trade, and for traditional medicine.

Logging and deforestation, including forest clearance to make way for cash crops such as palm oil, has reduced the habitat of the critically endangered species.

There are an estimated 100,000 Bornean orangutans left in the wild, and only about 7,500 Sumatran orangutans, according to data from the World Wildlife Fund.

A total of 71 orangutans have been sent back from Thailand to Indonesia since 2006, according to a joint statement released by the two countries. 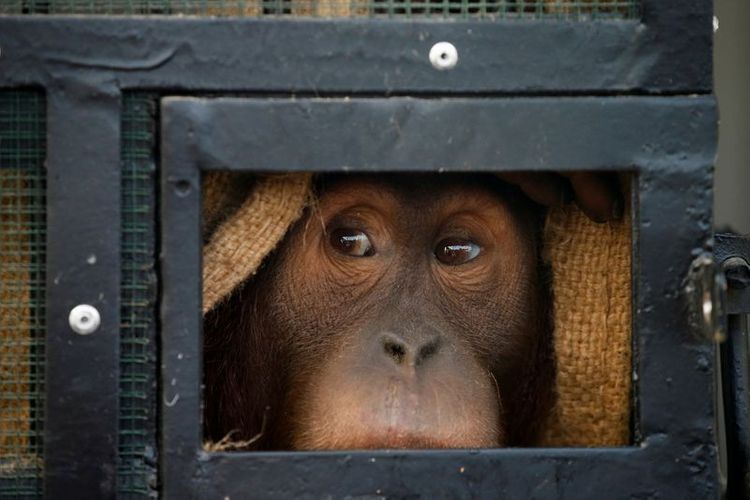 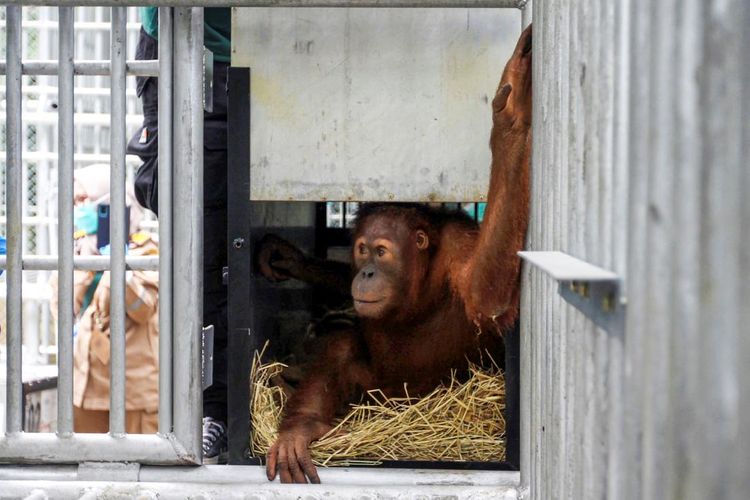