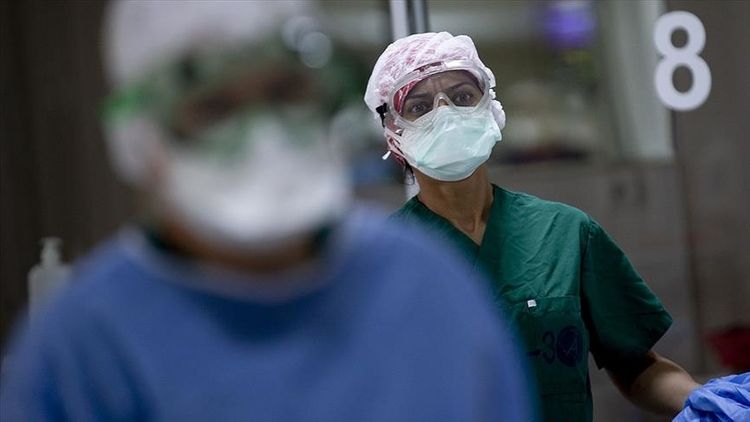 The death toll from COVID-19 in Turkey has reached 17,364 with 243 additional fatalities, the highest daily count since the start of the pandemic, according to the Health Ministry data released Thursday, APA reports citing Anadolu.

The total number of cases reached 1.95 million with the latest additions, the data showed.

The number of patients in critical condition now stands at 5,803.

Health Minister Fahrettin Koca said the tally of patients in critical condition had finally begun to drop. "Measures and restrictions have begun to bear fruit," he said.

In a separate tweet on Thursday, Koca said the virus could easily transmit among people, including the young and the elderly, so everyone should remain vigilant and maintain social distancing policies.

The minister also shared the video footage of a young patient, urging all to comply with pandemic measures.

The COVID-19 pandemic has claimed over 1.65 million lives in 191 countries and regions since last December.

Over 74.6 million cases have been reported worldwide, with more than 42.1 million recoveries, according to figures compiled by the US' Johns Hopkins University.

While the US, India, and Brazil remain the worst-hit countries in terms of the number of cases, Europe is in the grip of a devastating second wave of infections.