Turkish President: “Those who brought nothing but massacres and tears to Karabakh, should gather their wits” 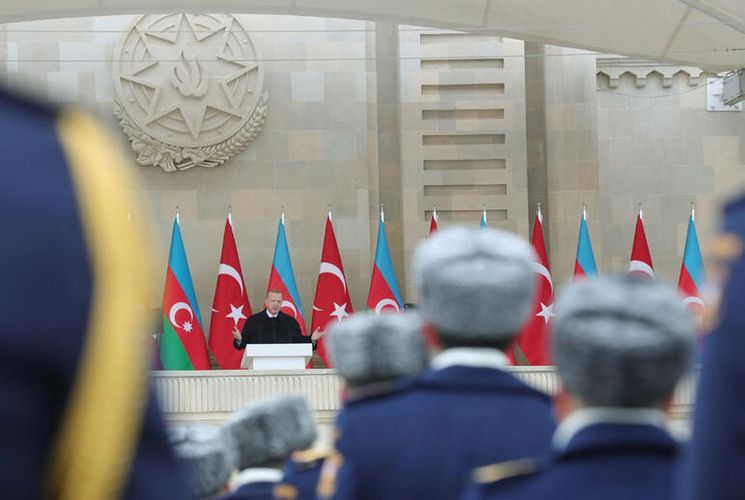 “Cemeteries, mosques have been destroyed in the liberated lands from the occupation,” said Turkish President Recep Tayyip Erdogan in his speech at the Victory Parade in Baku's Azadliq (Freedom) Square today, APA reports.

“Those who brought Karabakh nothing but massacres and tears should gather their wits. We wish Armenian politicians to take brave steps regarding peace and stability. Despite all the sufferings of his people, my brother Ilham Aliyev demonstrates commendable behavior,” Erdogan noted.