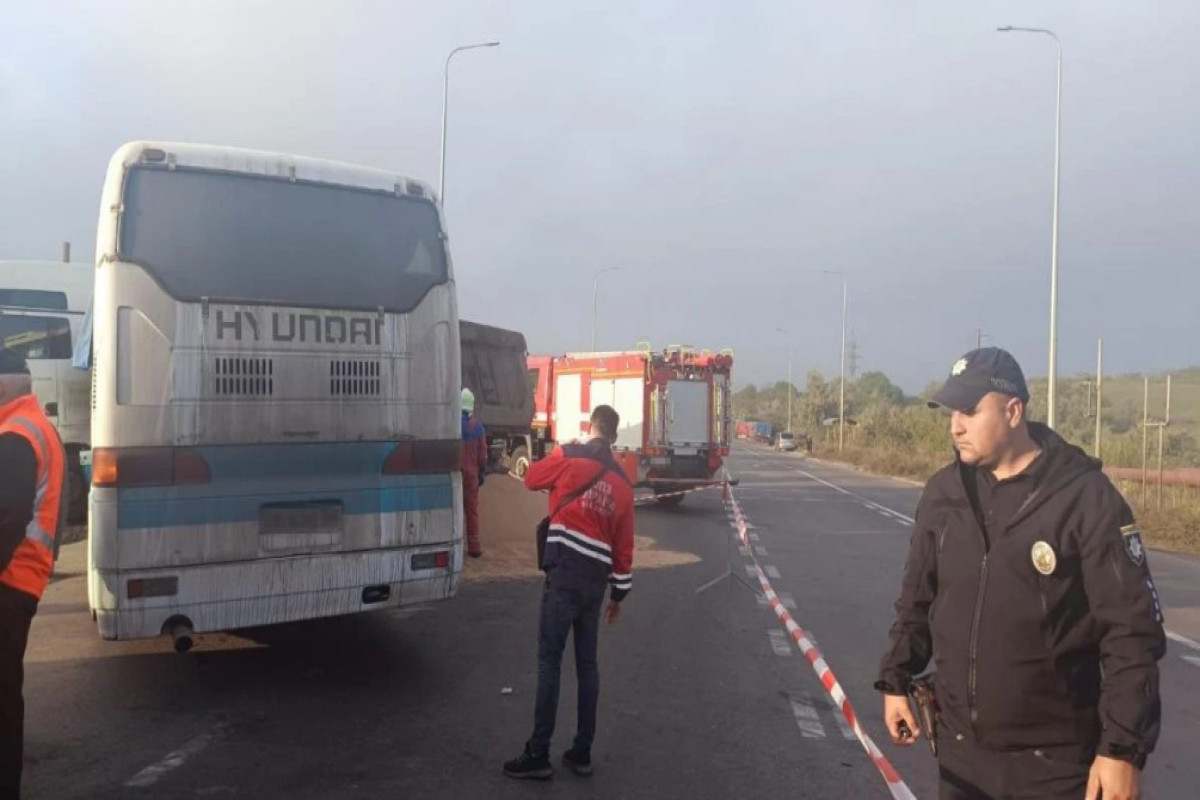 In the Odesa region, 17 people were injured in a large-scale road accident/photo National Police of Odesa region, APA reports citing the Unian.net.

It was preliminarily established that at the intersection, near the point of receipt of grain products, the truck driver performed a turning maneuver and collided with a bus carrying 45 passengers.

“At present, 17 passengers of the bus have sought medical help,” the report says.

Now the police are establishing the circumstances of this accident on the Odesa-Yuzhne highway. An investigative and operative group and a crew of the response sector of the patrol police are working at the scene of the accident. The issue of entering information into the EDPR in advance under Part 1 of Art. 286 (Violation of traffic safety rules or transport operation by persons driving vehicles) of the Criminal Code of Ukraine.