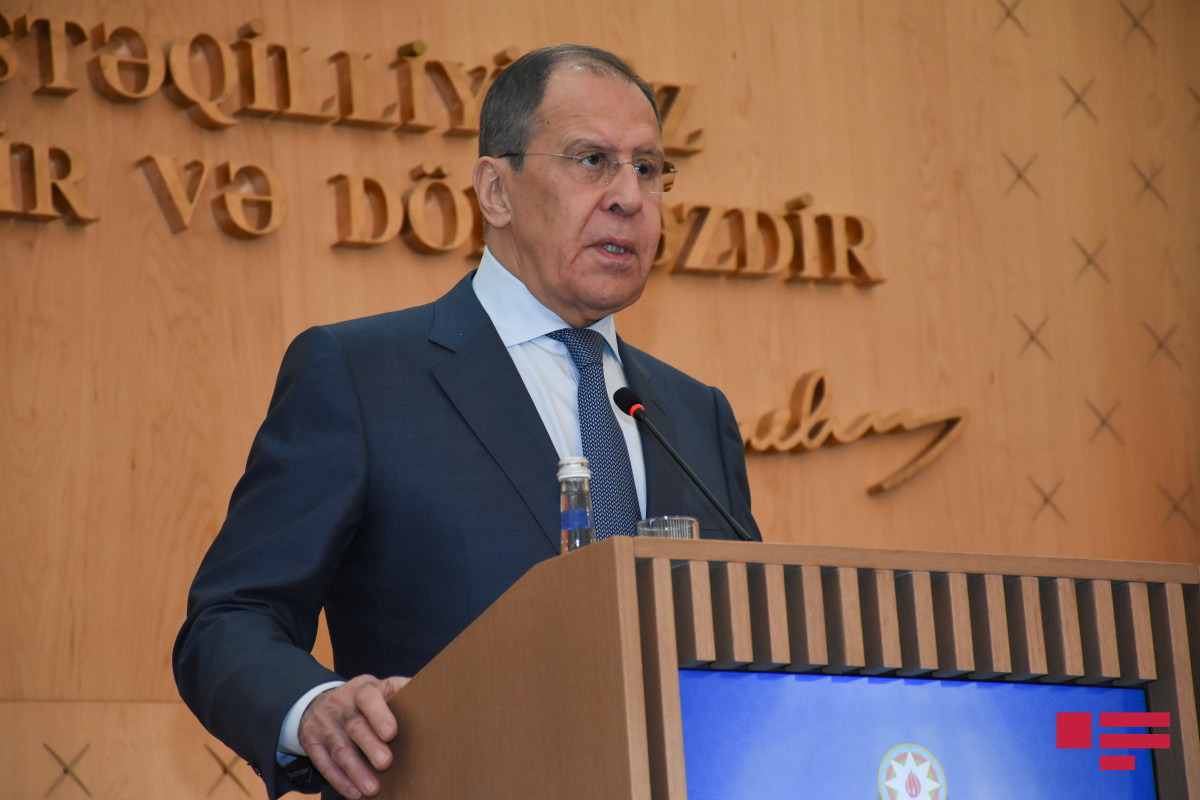 Russian Foreign Minister Sergey Lavrov said at the press conference after the Caspian states' foreign ministers meeting that Moscow is not interested in what Ukrainian President Volodymyr Zelensky thinks, as he is not the one charged with making relevant decisions, APA reports citing Teletrader.

"It doesn't matter what Zelensky thinks — he doesn't make decisions. Russia is not interested in whether the President of Ukraine will be on the site of the G20 summit," he noted.

Lavrov added that the planned NATO characterization of Russia as a threat "will not bring anything new" to the activities of the alliance, as the stance had been determined long before the incoming summit.