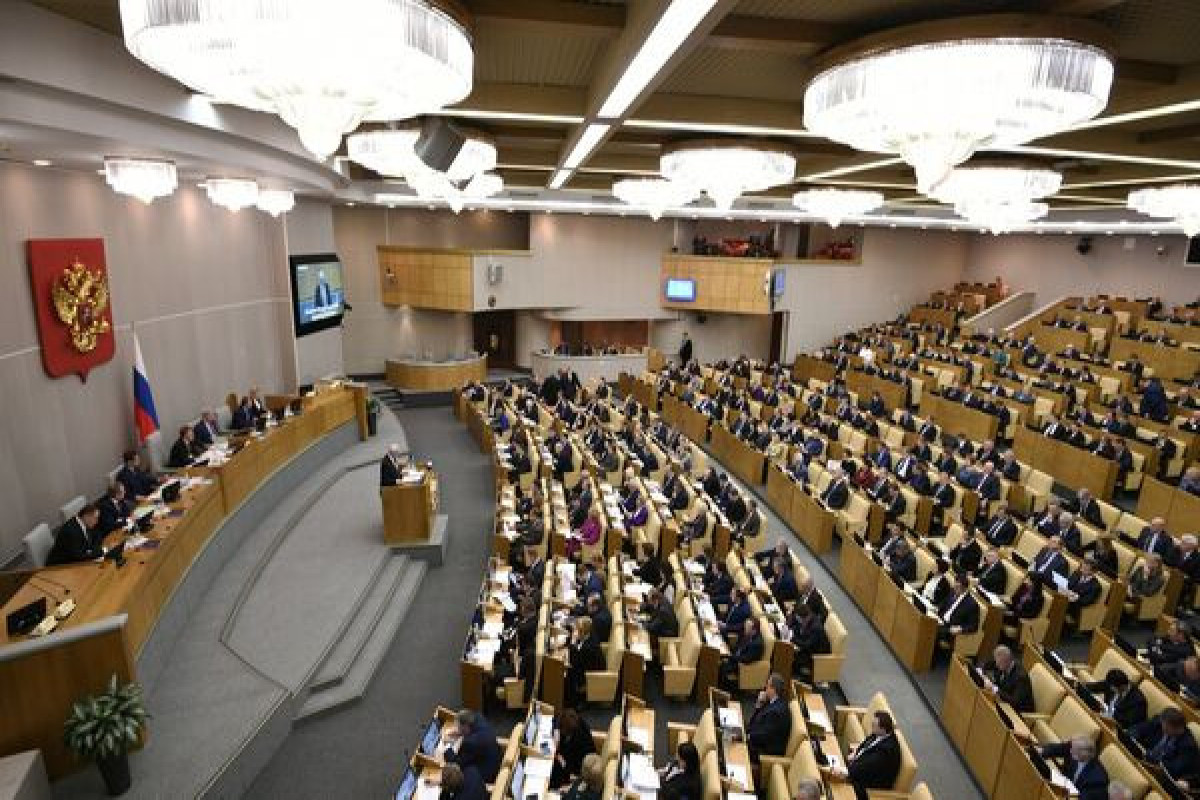 The State Duma, the lower house of the Russian parliament, will discuss the draft federal law "On control over the activity of persons under foreign influence" at the plenary session on Tuesday, APA reports citing TASS.

According to the legislative initiative, any person receiving support or being under foreign influence in other forms, which is carrying political activity, purposeful gathering of data in the sphere of defense and military-technical activity of Russia or distributing reports and materials intended for an unlimited range of persons can be recognized as a foreign agent. Russian public authorities, political parties, state corporations and religious associations will not be recognized as foreign agents.

The bill also contemplates creating a single register of foreign agents instead of four existing ones and determines the procedure for inclusion into the same. It also stipulates the procedure for exclusion from such register and sets forth grounds for making such decisions.