Azerbaijani President: "We have given and will give the answer to those who want to interfere in our work" 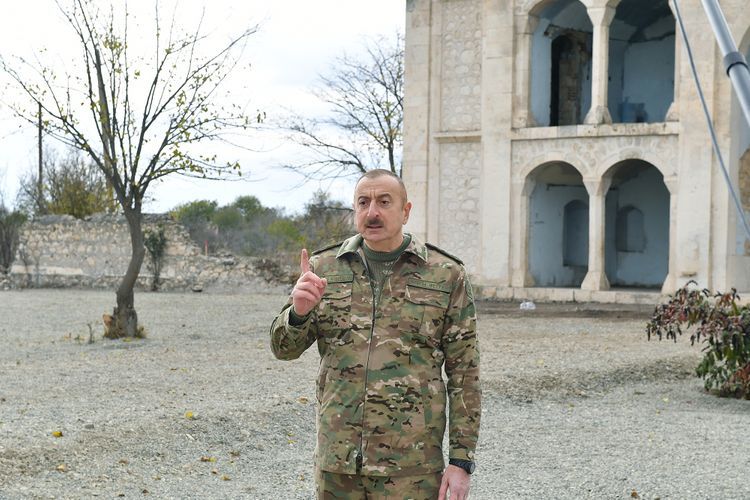 "We work very closely with UNESCO. But if they wants to come and visit Christian temples, they should come here. Come and tell what the wild Armenians have done here. Also, a few years ago, the ambassadors of Minsk Group co-chair countries visited this mosque. They conducted fact-finding missions twice and told me that they had visited the Aghdam mosque," said President of the Republic of Azerbaijan, Commander-in-Chief of the Armed Forces Ilham Aliyev during his speech in front of Aghdam mosque, APA reports.

"Why didn't they raise this issue? Why didn’t certain Western leaders express their concern? Does this mean that Muslim mosques can be insulted, cows and pigs can be kept and destroyed? If so, let them say so, let them deal with the problems in their countries and not interfere in our work. Let no-one interfere in our work. We have come here ourselves. We have come here in spite of the efforts of all those countries, we have come in spite of all the provocations, we have shed blood and we are standing on our land. Let everyone mind their own business. We have given and will give the answer to those who want to interfere in our work," noted Azerbaijani President.