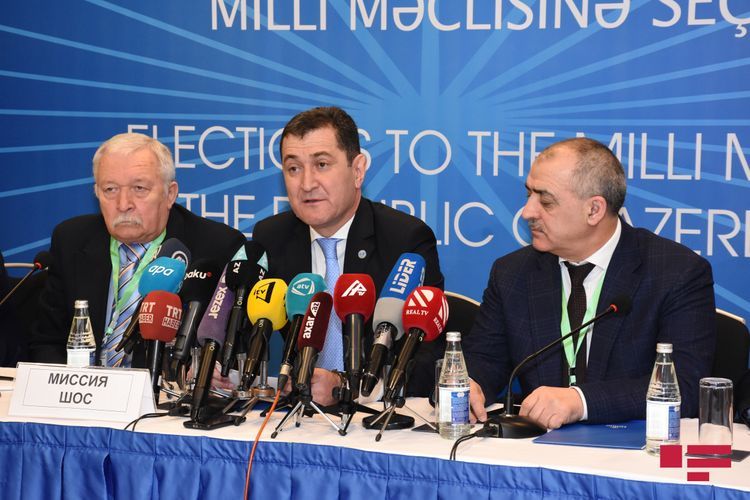 He said the election observation mission also tracked the process of counting of votes.

Sherali Saidamir Jonon stressing their meetings with voters, candidates’ representatives and other observers, said the elections were held in accordance with legislation, in democratic and transparent way.

The SCO’s deputy general secretary said the mission led by him arrived in Azerbaijan to observe the elections by the invitation of the country’s Ministry of Foreign Affairs and they conducted observation in Baku and adjacent territories.