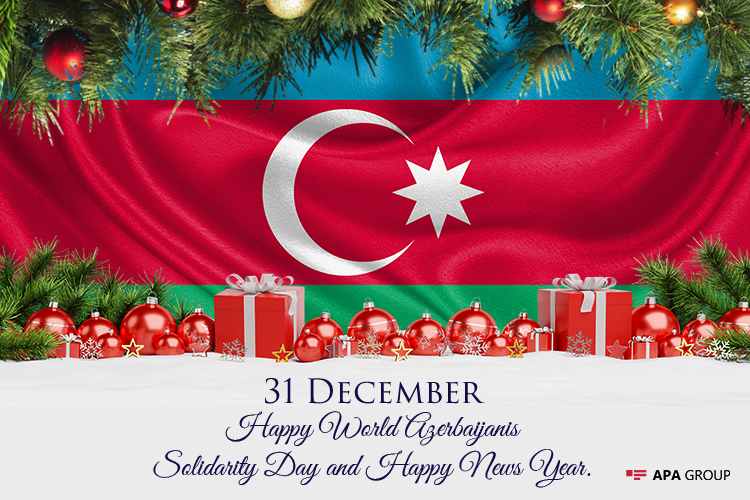 The foundation of the Solidarity Day of the World Azerbaijanis was laid late in December 1989 in Nakhchivan when the border between USSR and Iran was destroyed.

On December 16, 1991, Chairman of Supreme Assembly of Nakhchivan Autonomous Republic Heydar Aliyev, taking into account the importance of the world Azerbaijanis’ uniting, declared December 31 as the Day of Solidarity of World Azerbaijanis.

Thus, December 31 has started to be marked as the Day of Solidarity of World Azerbaijanis.

The first official celebration of the holiday at the state level took place in 1992 by the order of the President of Azerbaijan Abulfaz Elchibey.

Since then, December 31 has been celebrated as the Day of Solidarity of World Azerbaijanis.

The Day of Solidarity of World Azerbaijanis plays an effective role in building relations between Azerbaijanis dispersed across the world and in the process of creating unity and solidarity among them. The celebration of this day has already turned into a moral necessity for all Azerbaijanis around the world. December 31 - World Azerbaijanis Solidarity Day is celebrated as a holiday by Azerbaijanis in many countries around the world. Azerbaijanis living on both sides of the River Aras had already shown the world there being of the same national identity when they on the last days of the collapse of the USSR marched to the border between the two totalitarian states (USSR and Iran) and tore down the barbed wire, calling for unity day and night. The Day of Solidarity is symbolic of this ambition of unity.