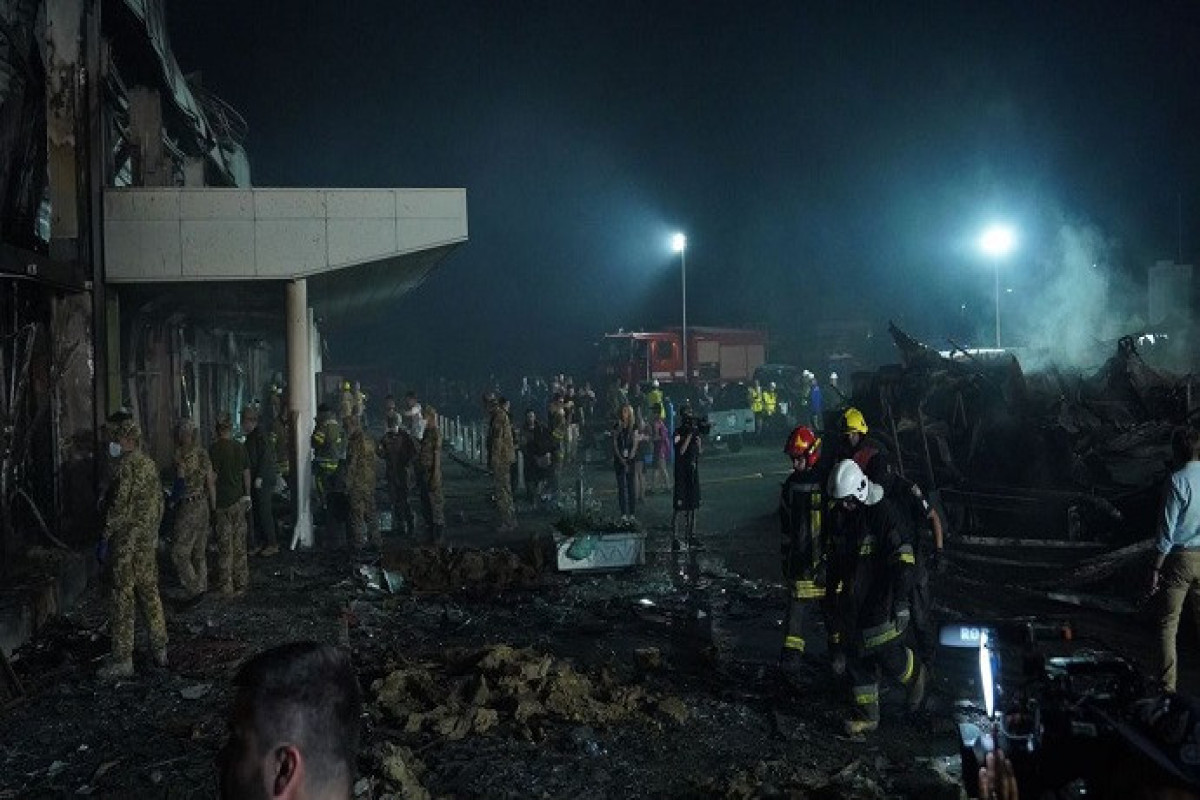 The number of people killed in Russia’s attack on the Amstor shopping centre in Kremenchuk has risen to 18, Dmytro Lunin, head of the Poltava Oblast Military Administration, wrote on Telegram, APA reports citing Ukrainska Pravda.

"18 fatalities…My sincere condolences to their relatives and loved ones. Rescuers continue to work," Lunin noted.

Serhii Kruk, head of the State Emergency Service of Ukraine (SES) has noted: "We currently know that 16 people have been killed and 59 injured, including 25 who have been hospitalized. The information is being updated."

At least two people have been confirmed dead and 20 injured in the attack on the shopping mall, according to Kyrylo Tymoshenko, deputy head of the office of the president, APA reports citing BBC.

A missile strike has hit a shopping centre in Kremenchuk, a city in central Ukraine on the banks of the Dnipro river, APA reports citing The Guardian.

President Zelenskyy has posted on social media to say that over a thousand people were inside a mall in the central Ukrainian city of Kremenchuk when a Russian missile was fired at the building.

"The number of victims is impossible to imagine," he added.

On telegram, alongside a video, Zelenskyy said the site had “no danger to the Russian army. No strategic value. Only the attempt of people to live a normal life.”

The mall remained on fire and emergency services were on the scene, he said.