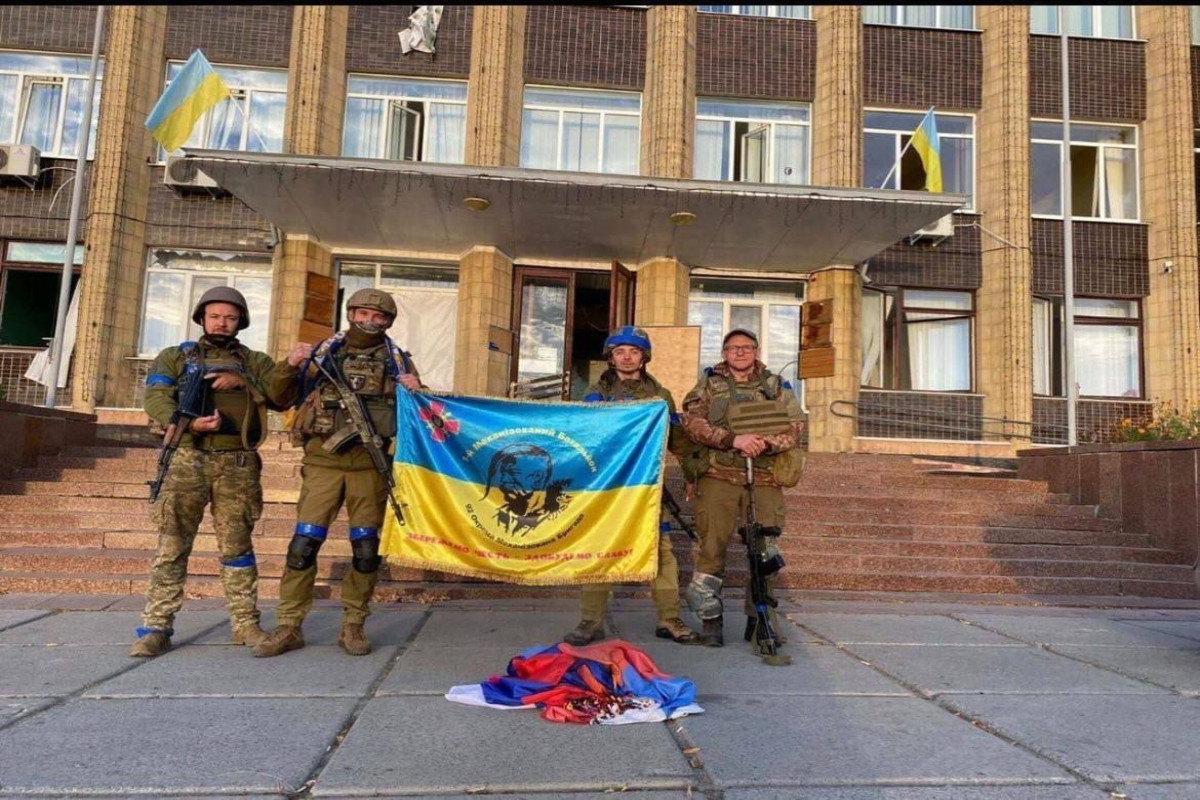 President Volodymyr Zelenskyy announced the release of more than 30 settlements in the Kharkiv region due to the counteroffensive of the Armed Forces of Ukraine, APA reports citing Ukrinform.

He told about this in his traditional address to Ukrainians on Friday, Ukrainian News Agency reports.

"Currently, the Armed Forces of Ukraine have liberated and taken control of more than 30 settlements in the Kharkiv region," Zelenskyy said.

According to him, in part of the villages of the region, measures are ongoing to check and secure the territories.

He added that the Ukrainian military is gradually taking control of new settlements. They return the flags of Ukraine and security to them.

As Ukrainian News Agency earlier reported, on Friday, September 9, the General Staff of the Armed Forces of Ukraine announced a counteroffensive in Kharkiv region.

As of Thursday evening, September 8, units of the Armed Forces of Ukraine advanced in some areas about 50 kilometers. It was also possible to liberate more than 20 settlements.

On Friday, it became known about the liberation of Volokhiv Yar, northeast of Balakliya.

In addition, photos of the Ukrainian military at the entrance to Kupyansk appeared on social networks.

And a few hours ago, former member of the Izium city council Mykyta Karakai said that the Armed Forces of Ukraine entered Izium, and part of the units of the Russian army came out with white flags.