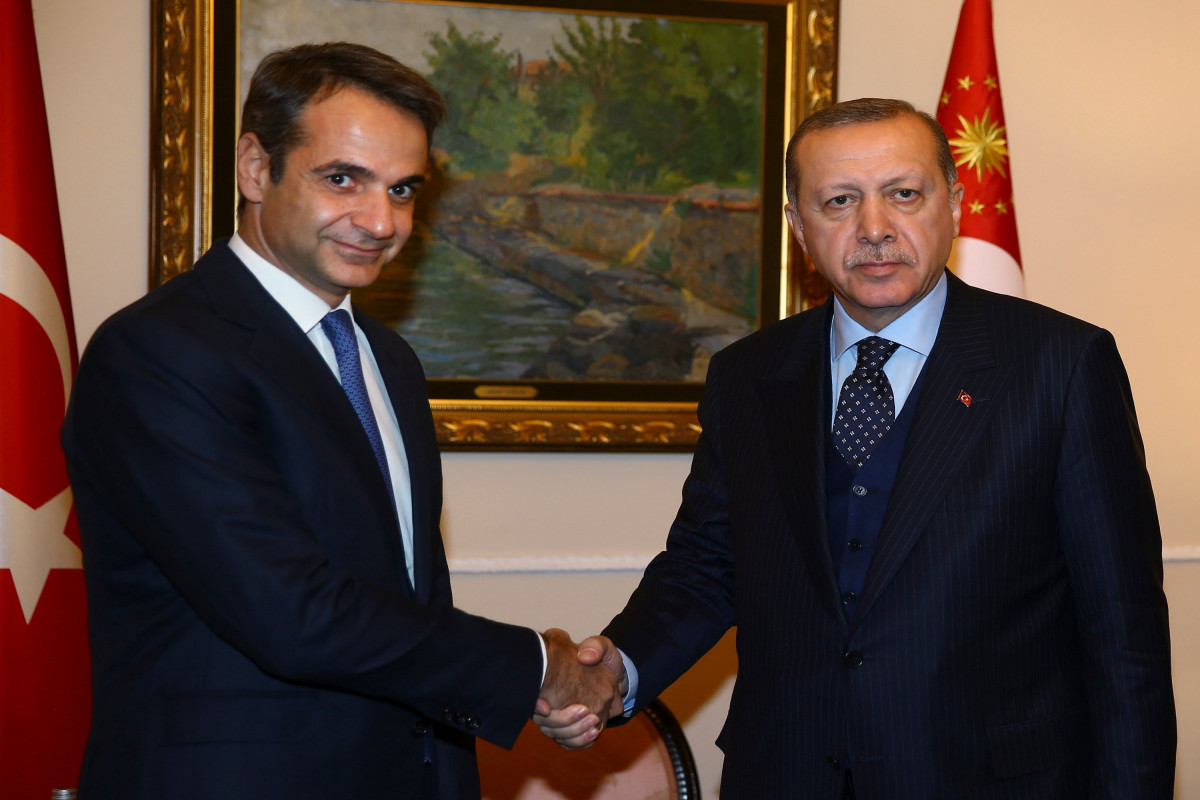 President Recep Tayyip Erdogan said on Friday that he refuses to meet with Greek Prime Minister Kyriakos Mitsotakis until the Greek leader "pulls himself together," APA reports citing Daily Sabah.

On relations with Greece, Erdogan told journalists during his return from Madrid that NATO leaders at the summit had offered to mediate and organize talks with Mitsotakis.

"We said ‘sorry, but we don't have time for such a meeting right now.' Because it is obvious that they are militarizing the islands," said Erdogan.