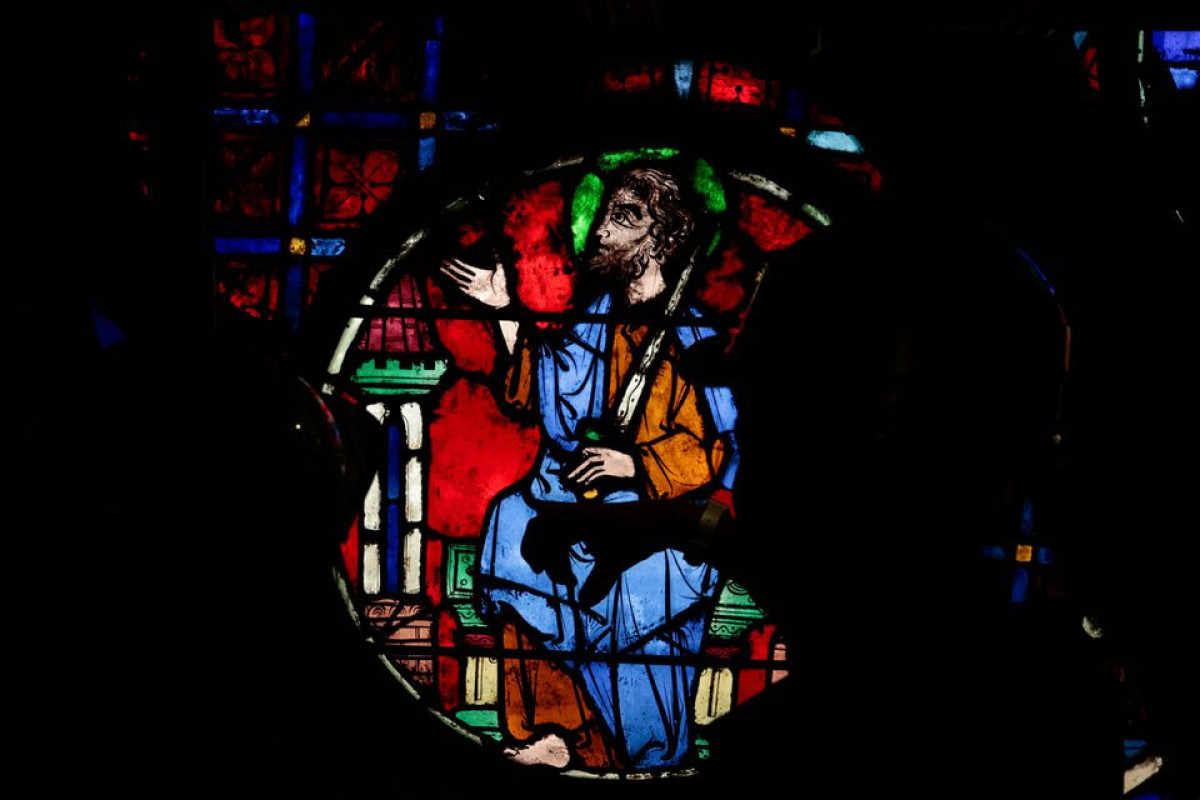 When Notre-Dame de Paris suffered extensive structural damage in a major fire, most of the historic cathedral's stained glass was able to withstand the heat and the flames, APA reports citing Reuters.

But the windows were heavily soiled with smoke and dust which blocked external light and obscured the range of colours of the 170 years-old glass.

More than three years after the massive blaze, eight glass manufactures from France have begun the painstaking operation to clean and restore 39 high windows in the medieval cathedral's nave, choir, transept and sacristy.

Flavie Serriere Vincent-Petit, head of the eponymous stained-glass company in Troyes, southwest of Paris, has been given the task of restoring 22 windows.

The glass-cleaning process involves gently rubbing the surface with cotton soaked in water and ethanol, a delicate and repetitive process aimed at collecting deposit without damaging the window.

"There is a major cleaning phase, to wash off both the blaze's dust and the dirt resulting from human breath, as well as candle soot, so we can put the windows back into place and give back full brightness to Notre-Dame," she said.

The cathedral has been closed for restoration since the April 2019 fire gutted its roof and sent its spire crashing through the vaults below.

The aim is to reopen the cathedral, which dates back to the 12th century, by 2024 when France hosts the Olympic Games.