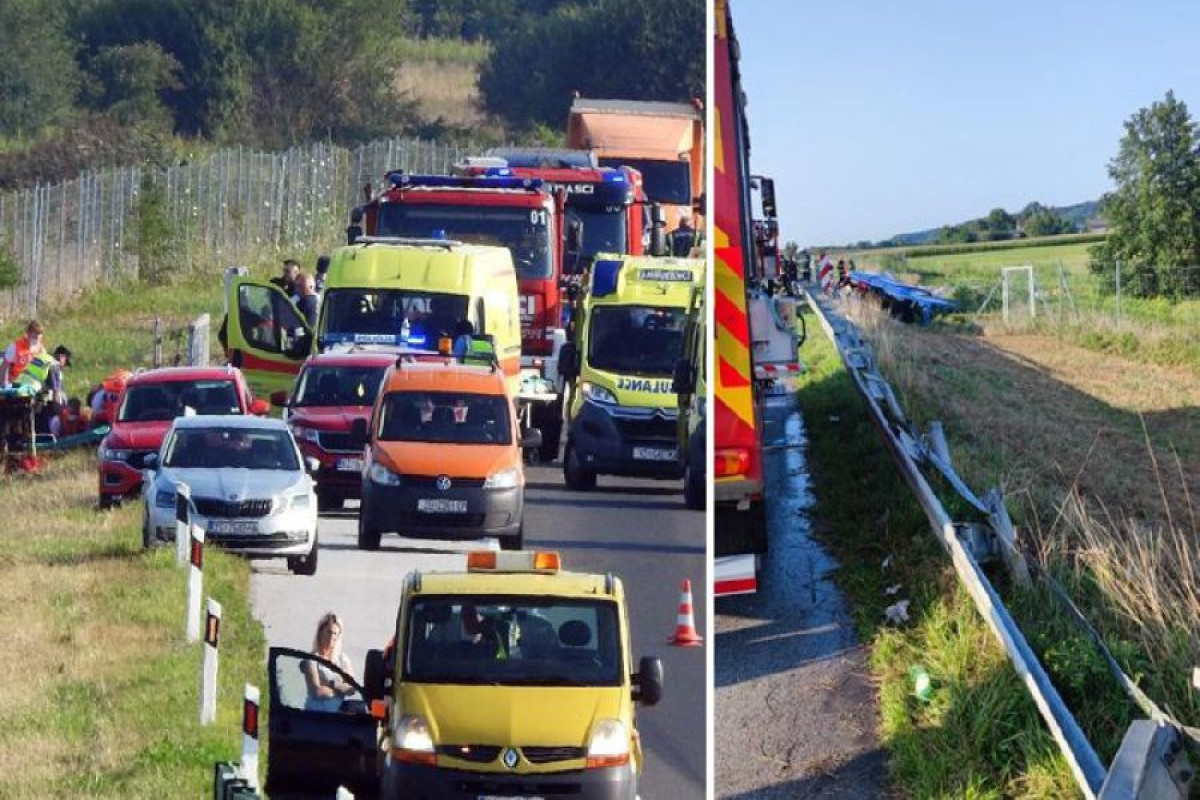 Twelve people were killed and 31 injured, 18 of them seriously, when a Polish bus filled with religious pilgrims slipped off a road and crashed near Varazdin in northwestern Croatia early on Saturday, authorities said, APA reports citing Reuters.

Police, firefighters and medical teams were deployed to the site of the accident that occurred at 5:40 a.m. near Breznicki Hum in the direction of the capital Zagreb, the police said.

"We have 43 injured people, of them 12 deceased," said Maja Grba-Bujević, the director of the Croatian Emergency Medicare Institute.

"All the victims are Polish citizens - we can at this point confirm this," a Polish Foreign Ministry spokesman told Polish private broadcaster TVN24. "The bus has Warsaw registration plates."

The passengers were adult pilgrims who were travelling to Medjugorje, a Roman Catholic shrine in southern Bosnia, Croatian Interior Minister Davor Bozinovic told reporters. An investigation into the cause of the accident was under way.