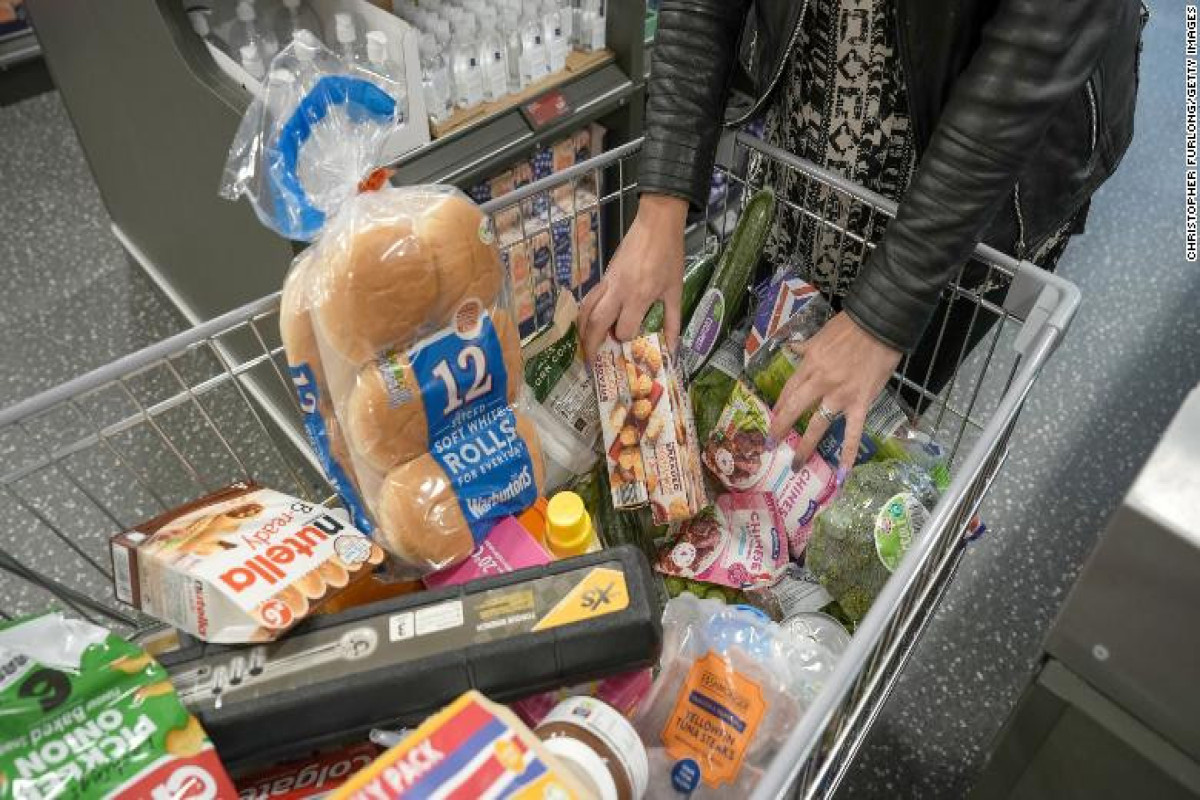 Inflation in the United Kingdom hit a new 40-year high last month, rising above 10% for the first time since 1982 and piling further pain on households already struggling to pay their bills, APA reports citing CNN.

Annual consumer price inflation hit 10.1% in July, according to data published by the Office for National Statistics on Wednesday, up from 9.4% in June. Soaring food prices — up 12.7% since July 2021 — were the largest single contributor to the acceleration in inflation, the ONS said.
The headline inflation number was higher than predicted by a Reuters poll of economists, and food inflation is now running at its highest level in 14 years.
"All the eleven food and non-alcoholic beverage classes made upward contributions to the change in the annual inflation rate, where prices overall rose this year but fell a year ago," the ONS said.
The largest upward contributions came from bread and cereals, and from milk, cheese and eggs, with notable price increases in cheddar cheese and yoghurts.