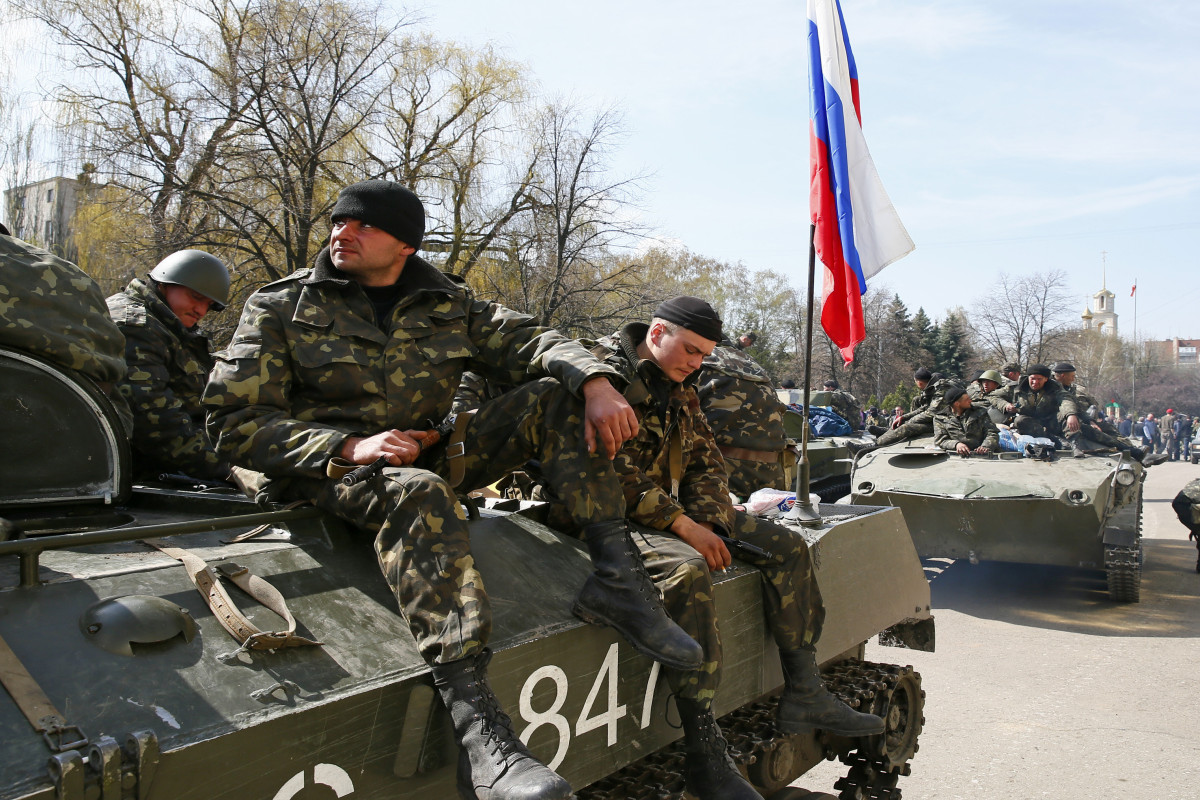 A Ukrainian court sentenced two captured Russian soldiers to 11 and a half years in jail on Tuesday for shelling a town in eastern Ukraine, the second war crimes verdict since the start of Russia's invasion in February, APA reports citing Reuters.

Alexander Bobikin and Alexander Ivanov, who listened to the verdict standing in a reinforced glass box at the Kotelevska district court in central Ukraine, both pleaded guilty last week.

"The guilt of Bobikin and Ivanov has been proven in full," Judge Evhen Bolybok said, standing in front of a Ukrainian flag.

Prosecutors had asked for 12 years, but defence lawyers said the sentence should be eight years, taking into account that the soldiers had pleaded guilty and expressed remorse and had been following orders.

After the verdict, the two were asked if they felt the sentence was fair and both said yes. Guards armed with Kalashnikov rifles handcuffed the two and led them out of the courtroom.