Wildfires rage in France and Spain as heatwaves sear Europe 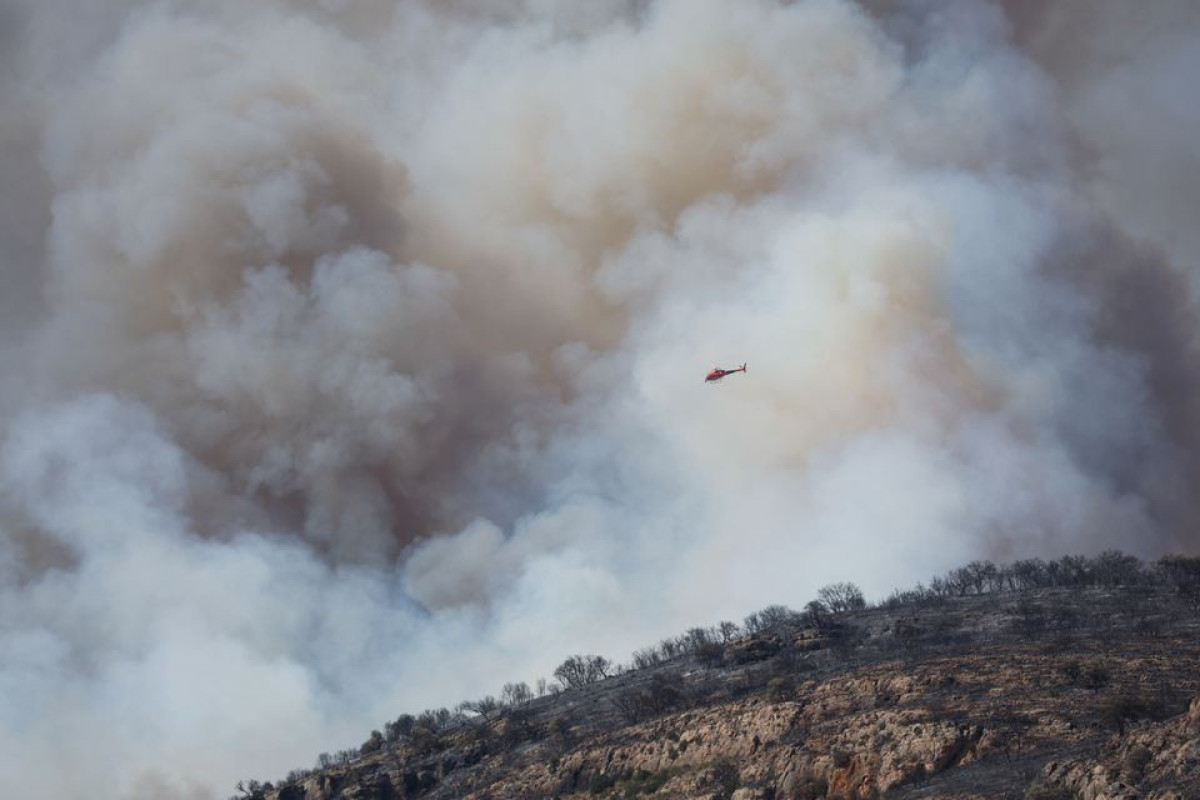 Wildfires raged in southwestern France and Spain on Saturday, forcing thousands of people to be evacuated from their homes as blistering summer temperatures put authorities on alert in parts of Europe, APA reports citing Reuters.

More than 12,200 people had been evacuated from France's Gironde region by Saturday morning as more than 1,000 firefighters battled to bring the flames under control, regional authorities said in a statement. read more

"We have a fire that will continue to spread as long as it is not stabilised," Vincent Ferrier, deputy prefect for Langon in Gironde, told a news conference.

Wildfires have torn through France in recent weeks, as well as in other European countries including Portugal and Spain, and nearly 10,000 hectares (25,000 acres) of land was on fire in the Gironde region on Saturday, up from 7,300 hectares on Friday.

In neighbouring Spain, firefighters were battling a series of blazes on Saturday after days of unusually high temperatures that reached up to 45.7 degrees Celsius (114 Fahrenheit).

The nearly week-long heatwave has caused 360 heat-related deaths, according to figures from the Carlos III Health Institute.

More than 3,000 people have now been evacuated from homes due to a large wildfire near Mijas, a town in the province of Malaga that is popular with northern European tourists, the region's emergency services said in a tweet early on Saturday.