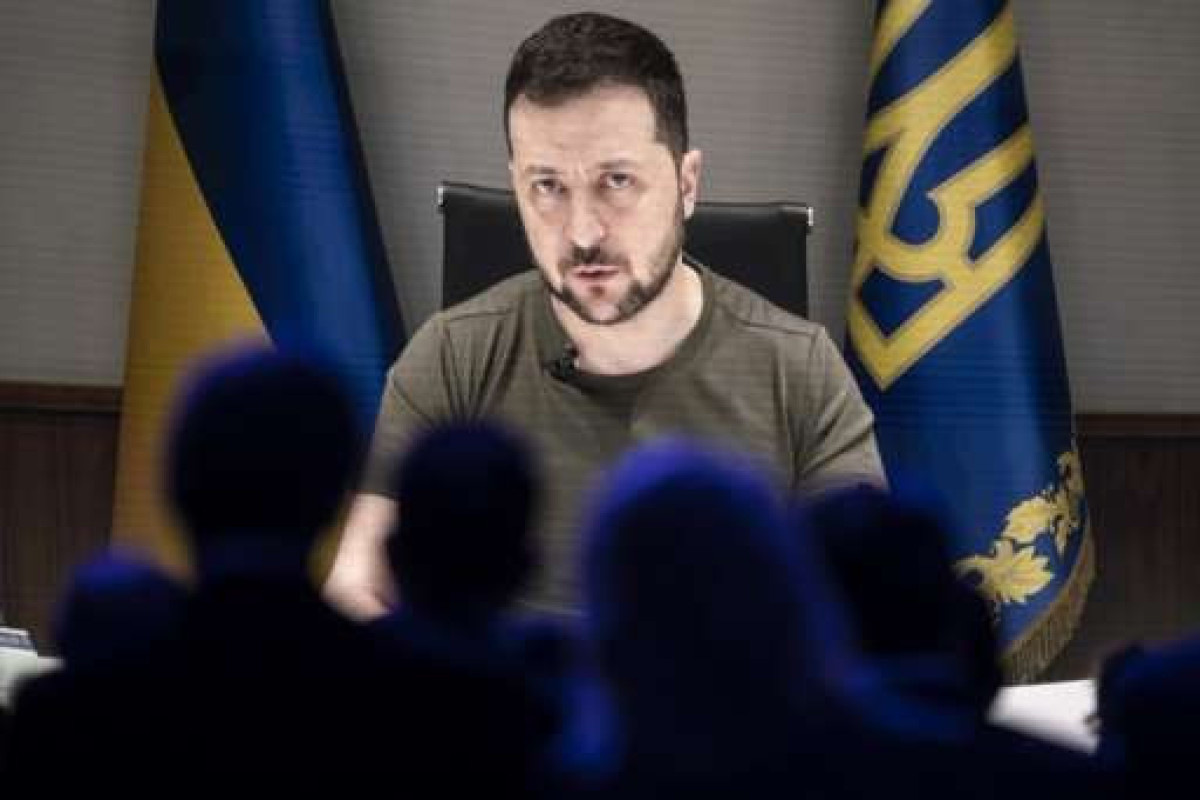 He says Marshall's famous words - that his recovery plan did not oppose any country or ideology but did oppose "hunger, poverty, despair and chaos" - are still "relevant today".

"My proposals are all the same," he says, announcing his intention to rid not just Ukraine but any country that comes under attack of those four issues: hunger, poverty, despair and chaos.

Zelenskyy finishes by wishing "glory to Ukraine", before receiving a standing ovation.