Azerbaijani Minister of Economy: “Growth rate in non-oil sector of Azerbaijan made up 3.5% last year” 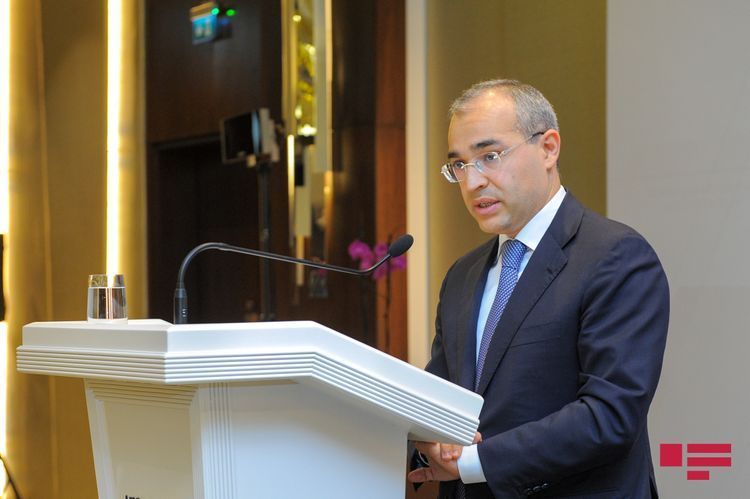 “Real growth rate in GDP made up 2.2%, while in non-oil sector 3.5% in Azerbaijan in 2019”, said Azerbaijan’s Minister of Economy Mikayil Jabbarov while his speech at conference dedicated to the results of social-economic development of 2019, APA-Economics reports.

According to him, industrial production has increased by 13.9% in non-oil sector; volume of this sector has exceeded USD 1.9 mln.

“Real growth rate of investments directed to main capital on non-oil sector last year was 3.5%. Special share of non-oil sector investments in total investments has increased from 65.2% to 69.7% in comparison with 2018. Furthermore, serious measures have been taken in order to strengthen social protection of population. As a result, growth rate of revenues of population made up 7.4% and exceeded average annual inflation (2.6% - red.)”, noted the Minister.