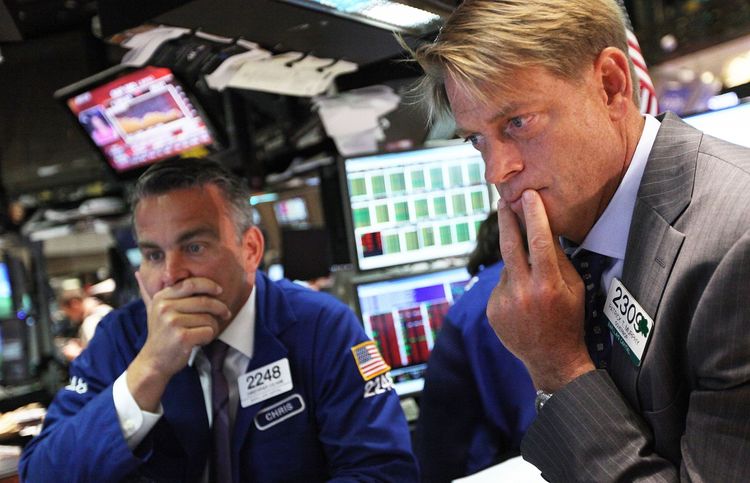 Turnaround Tuesday didn't happen for stocks. US markets are back in the red, adding to their sharp losses Monday amid coronavirus fears, APA reports citing CNN.

The Dow (INDU) shed as many as 849 points, or 2.9%, in the early afternoon, while the broader S&P 500 (SPX) was down 2.5%.The Nasdaq Composite (COMP) also fell 2.3%.
The Dow is more than 7% below its most recent high, putting it close to correction territory. The Dow would need to fall 10% to be in a correction.
Economists remain worried about the economic fallout from the virus outbreak, including its effect on global supply chains and trade.
An official of the US Centers for Disease Control and Prevention said Tuesday afternoon that quarantine and travel restrictions have so far proven successful in America, but the CDC ultimately expected the number of US patients to rise.
News of a sudden increase in cases in Italy and South Korea tanked global markets on Monday, leaving the Dow to plummet more than 1,000 points -- something it has only done twice before in history, both times in February 2018. The index has dropped for four consecutive days including Tuesday, shedding nearly 2,000 points in total.
US stocks initially appeared to rebound at Tuesday's open, but soon fell back into negative territory.
Even so, the risk off sentiment was nothing like Monday, said Fawad Razaqzada, senior market analyst at TradingCandles.com.
A further selloff in stocks could be staved off by some bargain hunting and profit taking of investors with short positions, Razaqzada said.
The CBOE Market Volatility Index (VIX), which spiked Monday, was only a 5.4% higher.
The safe-haven US Treasury bonds again attracted buyers and the 10-year bond yield dropped to a new all-time low below 1.32%.
Gold prices, which rallied at the start of the week, were in the red.
US and global oil benchmarks also fell further on the expectation of lower demand for energy in a coronavirus-inspired economic downturn. US oil was down 2.6% at $50.12 a barrel, while the global benchmark shed 2.2% to $55.07 a barrel.