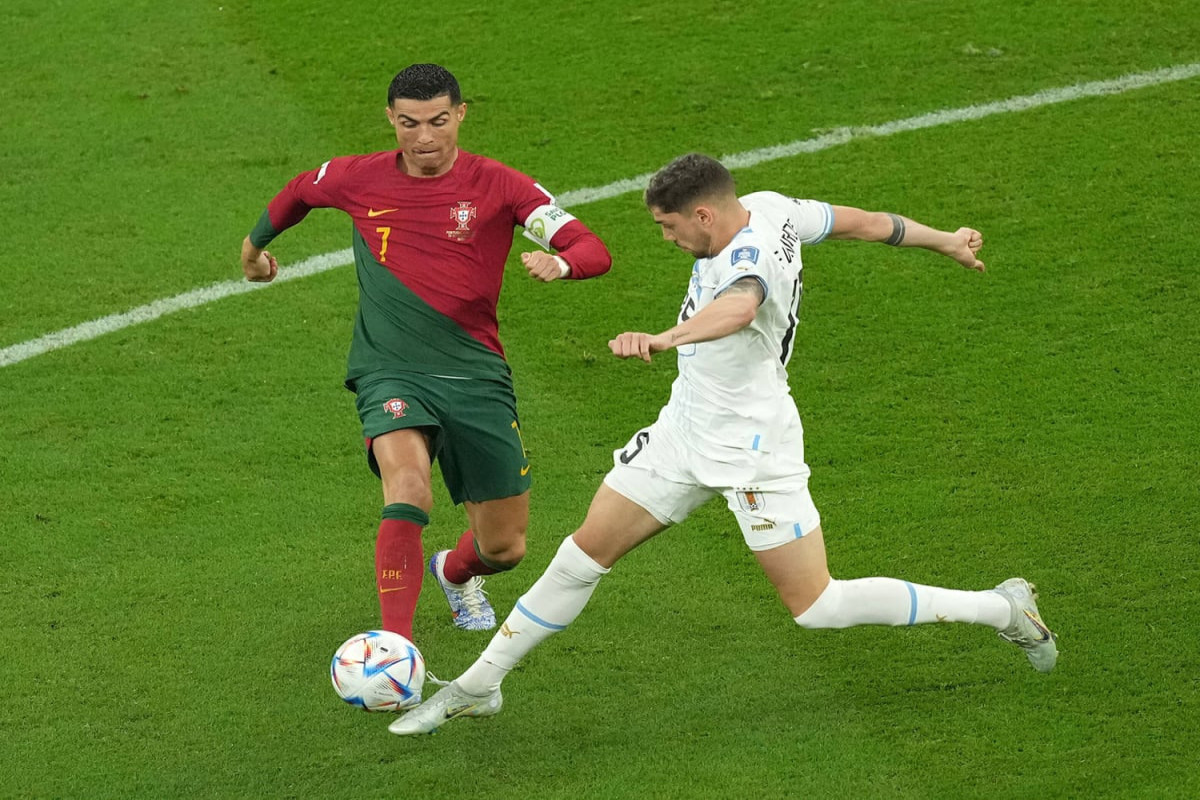 Portugal beat Uruguay 2-0 on Monday with two goals from midfielder Bruno Fernandes to become the third team after France and Brazil to qualify for the World Cup knockout stage, APA reports citing the Independent.

The Europeans had dominated possession before Fernandes’ 54th minute cross floated past Uruguayan goalkeeper Sergio Rochet, who was rooted to the spot as Cristiano Ronaldo rose to head the ball and initially celebrated the goal as his.

Fernandes scored the second in injury time after a penalty was awarded for handball following a video review.

Uruguay, who had knocked Portugal out of the 2018 World Cup, will rue a string of chances on the break: midfielder Rodrigo Bentancur skipped past three players only to see his shot brilliantly saved, Maxi Gomez hit the post and Luis Suarez shot into the side netting.

Portugal’s second win in two games put them top of Group H on six points and heading into the last 16. Uruguay, third on one point, must beat Ghana in their final group game to have a chance of progressing.