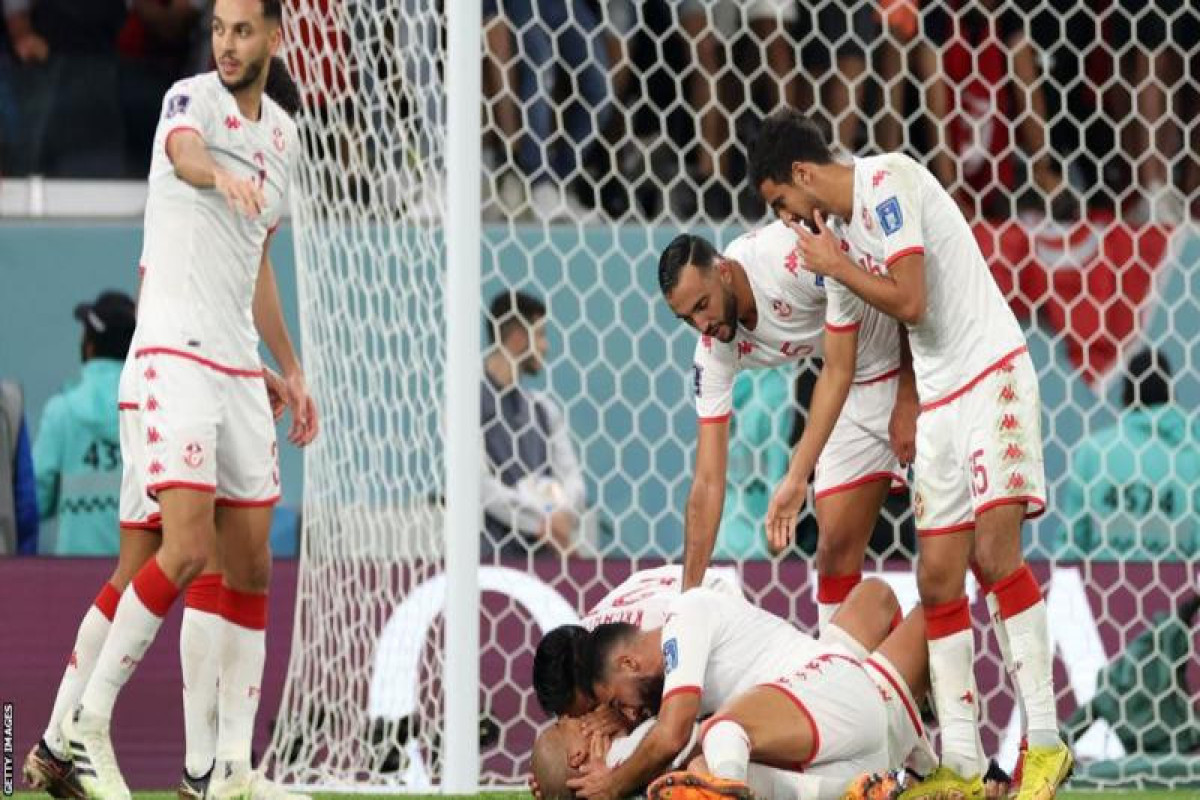 France had a goal ruled out by VAR for offside in the final minute of stoppage-time as Tunisia held on to register a shock victory, APA reports citing BBC.

However, despite victory they failed to qualify for the last 16 of the World Cup.

Substitute Antoine Griezmann volleyed in a dramatic equaliser at the Education City Stadium, but the VAR decision meant Tunisia captain Wahbi Khazi's brilliant first-half goal proved to be the winner.

However, with Australia recording a 1-0 victory over Denmark in the other match in Group D, Tunisia's hopes of progressing had been dashed before Griezmann's goal was ruled out.

France are through to the last 16 as group winners having already secured qualification with victory over Denmark in the last game.

Despite their failure to progress, Tunisia captain Khazi produced the moment fans had been waiting for - a goal at this World Cup - when he drove to the edge of the box and coolly rolled it into the bottom right corner.

There was an outpouring of emotion from a large following of Tunisia fans at the stadium, while Tunisian substitutes sprinted onto the pitch in a moment of pure elation.

But their celebrations were shortlived when news of Australia's lead began to ripple through the stadium, with supporters checking their phones for updates from the other match in Group D.

France, who were much-changed from their win over Denmark having already qualified as group winners, lacked quality in a disappointing performance.

Paris St-Germain forward Kylian Mbappe and Atletico Madrid's Griezmann were brought on later in the second half to try and find a way back into the game.

They had an impact despite loud jeers and whistling from Tunisia fans keen to put them off and Griezmann almost provided the goal they craved.

Didier Deschamps' side are set to face the runner-up of Group C, currently Argentina, in the last 16 on Sunday, 4 December.

Tunisia's wait to reach the knockout stages of the World Cup for the first time continues as they exit the competition.