Azerbaijani MoD: Video footage of the Nadirkhanli village of the Kalbajar region - VIDEO

Robert Lewandowski's journey to becoming The Best player in the world is a tale of hard work, dedication and marginal gains, APA reports. 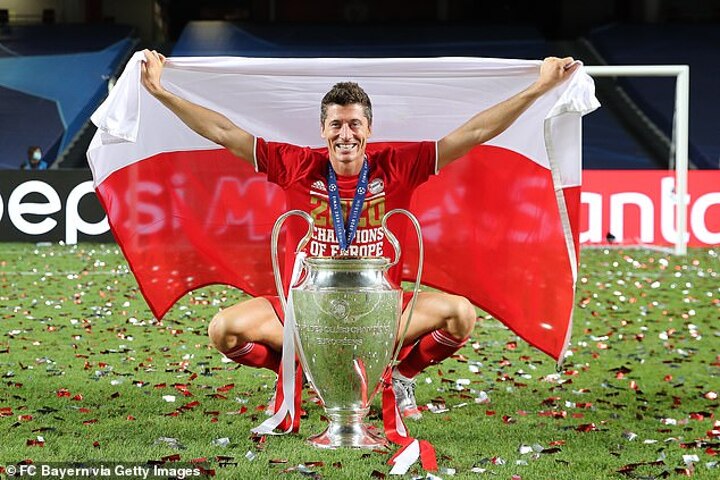 In that sense, the Bayern Munich striker is from the Cristiano Ronaldo school of world-conquering footballers, rather than fitting into the category of those who relied solely on their natural talents - such as Diego Maradona, Ronaldinho and Lionel Messi.

Like Ronaldo and Messi, Lewandowski's goalscoring statistics are ridiculously good and he is a worthy winner of FIFA's top award - and would be of the Ballon d'Or too were it running this year. 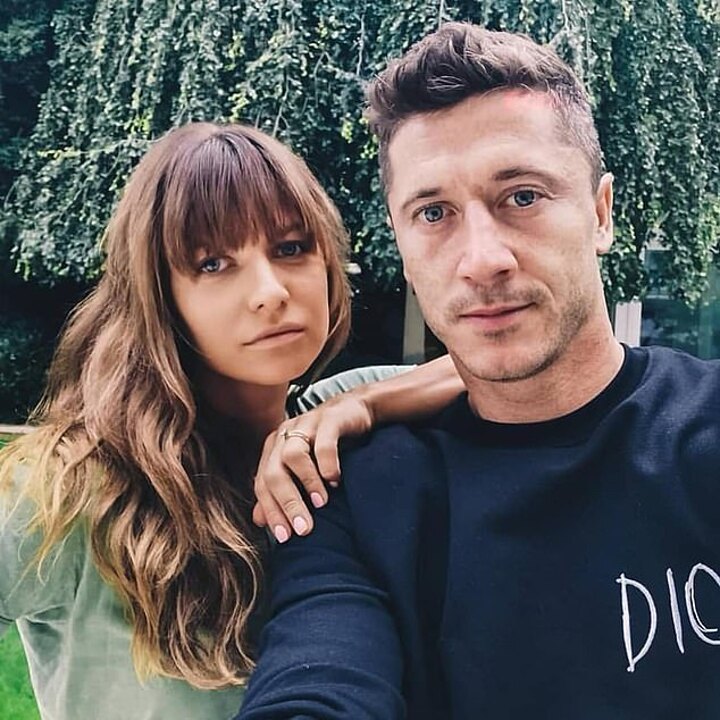 The Pole scored 55 times in just 47 matches last season, netting 15 in 10 games as Bayern marched to Champions League glory - Lewandowski's first European Cup, having lost in the final against Bayern while playing for Borussia Dortmund in 2013.

Intriguingly, Lewandowski's triumph means all five winners of FIFA's The Best award since its introduction in 2016 have been in their 30s. Ronaldo won the first two at 31 and 32, Luka Modric was 33 when he won in 2018 and Messi was 32 last year.

That suggests we may have to revise when a footballer's peak is considered these days, as superstars like Lewandowski shatter perceptions.

Lewandowski's incredible form over the last year is no flash in the pan - he broke the 40-goal barrier in each of the four seasons before - and a look at his stringent routine, aided by his former karate world champion and nutritionist wife Anna, shows the lengths he goes to to make sure he is at his best.

'I am lucky my wife is a nutritionist. She knows what I eat and which vitamins I should take,' Lewandowski told Eurosport, who also reveal that he eats his dessert before his main course as it helps to burn fat quicker.

Lewandowski's incredible physique has not gone unnoticed at Bayern - 'when you look into the dressing room, nobody has a body like Lewandowski,' says CEO Karl-Heinz Rummenigge - and his dedication to keep in shape is a result of early setbacks in his career.

'The coach of the Under 15 national team said to me "I'm sorry, but you're just too skinny to play in the national team",' Lewandowski remembers. He was then released by Poland's biggest club, Legia Warsaw, aged 17, with his slight frame again holding him back. After that, Lewandowski knuckled down, recalling: 'I started working more in the weight room and building my muscles. That helped a lot.'

Once he built his physique up, Lewandowski's rise was rapid. In two years with Znicz Pruszkow in the Polish third and second tiers, he netted 38 times in 66 matches, earning a move to top-flight Lech Poznan. Towards the end of his second season and Lech, aged 21, a summer move abroad was on the horizon, though a twist of fate change the course of Lewandowski's career.

Blackburn Rovers, in April 2010 a mid-table Premier League side under Sam Allardyce, needed a new striker and had identified Lewandowski as that man. A fee rising to £4million had been agreed and the club were confident of snapping him up once they had shown him around the place. Then, the Icelandic volcano  Eyjafjallajokull erupted, causing all flights in and out of the UK to be cancelled, including Lewandowski's from Poland. 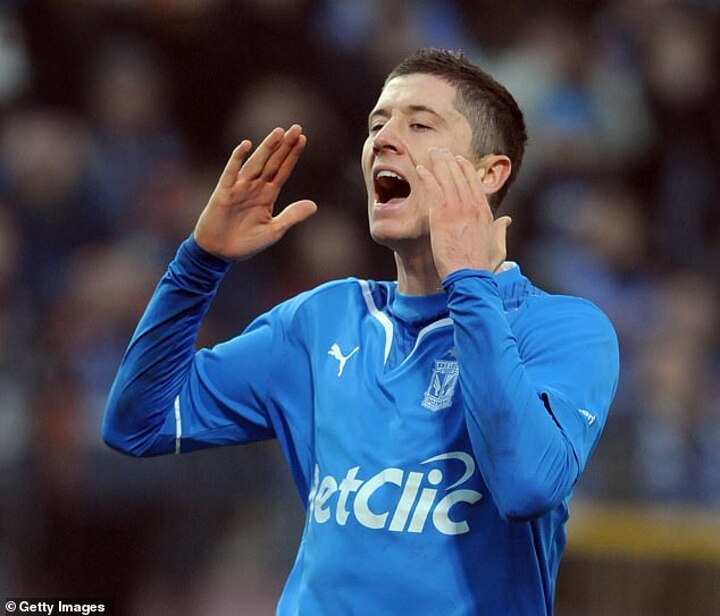 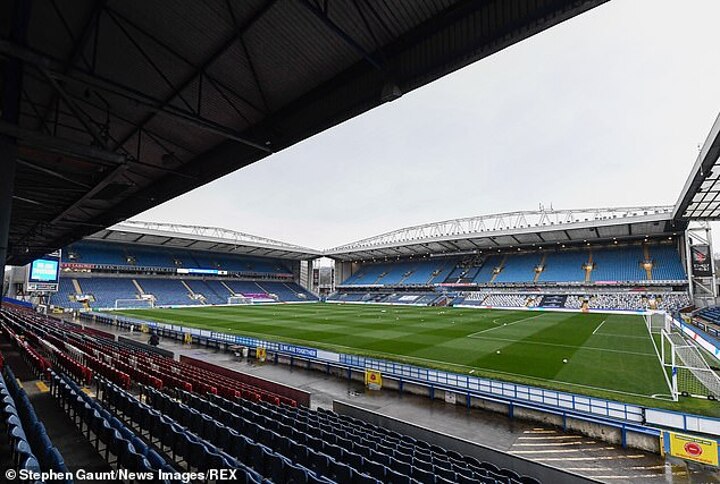 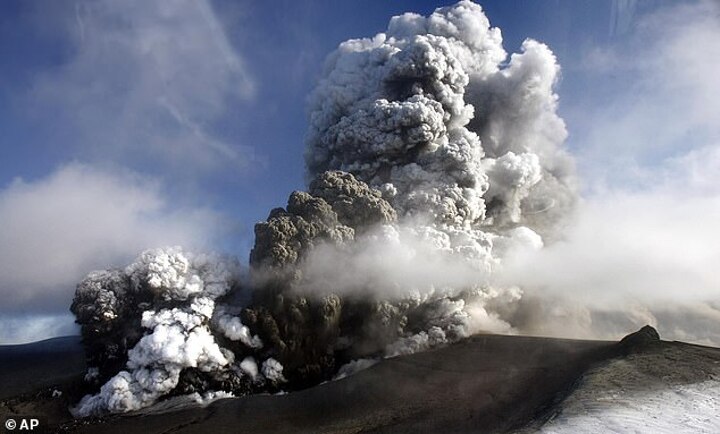 Lewandowski recalls: 'I could not fly to Blackburn because of the volcano but I wanted to go there just to see what the club is like... Maybe if I went there and saw the club, the stadium and everything, it would have become my first choice.'

Blackburn's then head of recruitment Martyn Glover recalls: 'The player had a pal who played at Borussia Dortmund who obviously got in his ear and before we could do anything, he'd signed for Dortmund for around the same fee. He's certainly close to the top of any list of the ones that got away!'

Lewandowski did not hit it off right away at Dortmund, his first season producing just nine goals in all competitions - the only time he has ever failed to reach double figures, with his next-lowest tally 17 with Znicz Pruszkow as a 17-year-old. After that though, he could not stop scoring for Jurgen Klopp's side, netting 30, 36 and 28 in the next three seasons. His slow start at Dortmund can be attributed to adjusting to Klopp's high-octane style - something we see happen to new Liverpool signings these days. Once he 'got it' though, he really go it, and Lewandowski cannot speak any higher of Klopp, insisting: 'Jurgen Klopp made me a top footballer.'

A contentious free-transfer move to Bayern came in 2014, where Lewandowski has won six consecutive Bundesliga titles to go with his Champions League crown. During his time in Munich he spent two years working under Pep Guardiola, who was another amazed by his dedication. 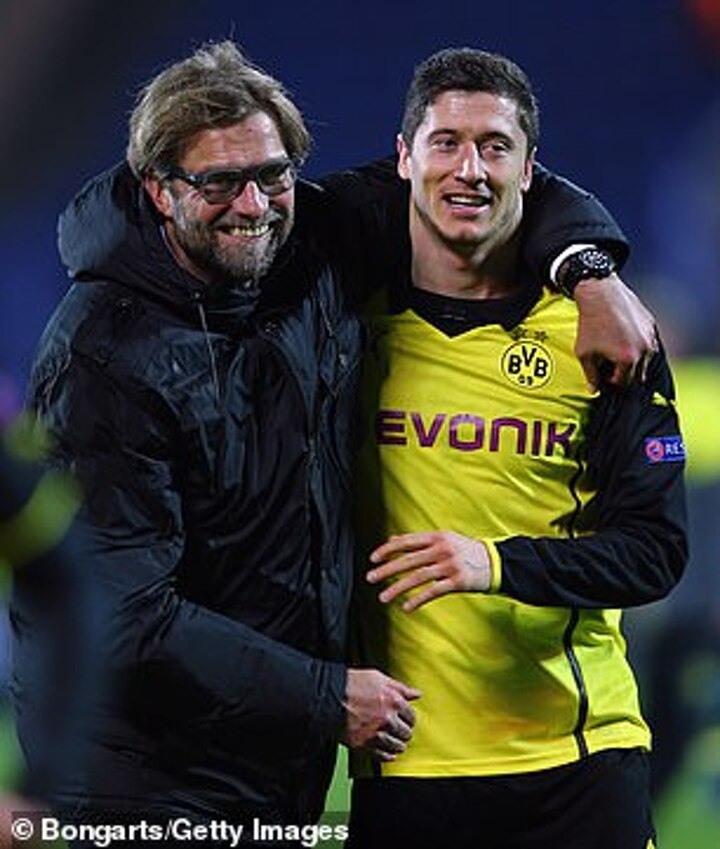 'He's one of the most professional footballers I've worked with,' says Pep. 'He eats, sleeps and trains so it has maximum benefit for football. He is never hurt - all thanks to the consideration of proper nutrition and preparation for games.'

As well as his focus on nutrition, Lewandowski has spoken about his use of a sleep therapist, revealing that he was told to eliminate all light and night and even to change the way he slept to aid his goalscoring.  'We even discussed the position in which I should sleep,' Lewandowski told Eurosport. 'I'm right-handed and my shooting leg is right too, that's why it is better for me to sleep on the left side.'

With more and more footballers becoming addicted to gaming during the coronavirus pandemic, it is also interesting to note that Lewandowski says 'I no longer use the PlayStation', instead opting to read sport biographies in his downtime.

Lewandowski's coronation as the world's best player is not only richly deserved for his remarkable achievements last season, it is a result of his hard work over the last 15 years.

Erdogan: “If Armenia was fighting against my compatriot, wouldn't we support our compatriot?"

Vugar Safarli appealed to court to place him under house arrest

S&P: Azerbaijan’s inflation to fall to 2.7% this year

Serviceman of Russian military base dies in Armenia

S&P: Azerbaijani economy to grow by 2.1% this year

Draft law “On tourism” to be discussed in Azerbaijani Parliament

Trump impeachment trial set to begin the week of 8 February

Wuhan marks its anniversary with triumph and denial

US Senate confirms Austin as first Black chief of Pentagon

Two people shot dead at a wedding party in Moscow

Issue of the status of Nagorno-Karabakh deliberately not mentioned in the tripartite statement, Russian FM says

Lavrov: “Armenia has not provided a complete list of war prisoners”

From January 18, SMS permission system to be canceled in 5 cities and 12 districts