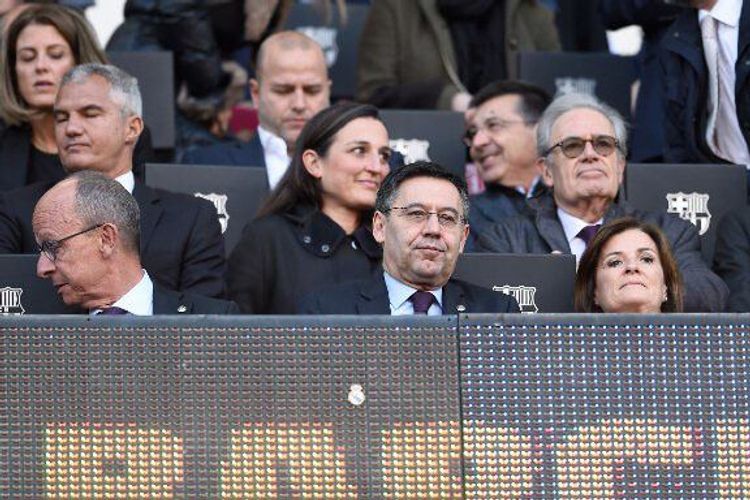 A day after reports that president Josep Maria Bartomeu asked four board members to leave the club, the quartet and two others have resigned and called for new leadership, APA-Sport reports..

That leaves the board at 13 members.

“We ask that once the results of the audit entrusted to PWC are presented, all responsible to be swept away with the eventual corresponding compensation.

“As a last service to our club, we recommend that as soon as circumstances allow it to call new elections to allow to direct the club, with all the ‘authority’ and in the best possible way in the face of the important challenges of the most immediate future.”

It’s been a terrible season for Barca off-the-field, and Bartomeu’s leadership simply must be questioned given the actions of him and some of the people under his watch. Former players and legends have spoken out against the club’s hierarchy, including Pep Guardiola.

The ouster of Ernesto Valverde was handled without much class, and director Eric Abidal threw the players under the bus for the managerial change. The club has also dealt with “Barcagate,” in which a contracted social media company was fired for posting Tweets against Barca’s players.

Both drew the ire of Lionel Messi, who can exercise a clause to leave the club this summer (though that seems unlikely). Messi also admitted he “sees weird things happening” after Bartomeu spoke to the players after “Barcagate.”

Messi also refuted Thursday rumors of a move to Inter Milan in a since-deleted IG post.

Bartomeu has been Barca’s president since January 2014, and the club has won the 2014/15 Champions League and four of five La Liga crowns during his full seasons in charge. There have, however, been a lot of misses in the transfer market.

It might get uglier before it gets better, but there isn’t too much room for worse.