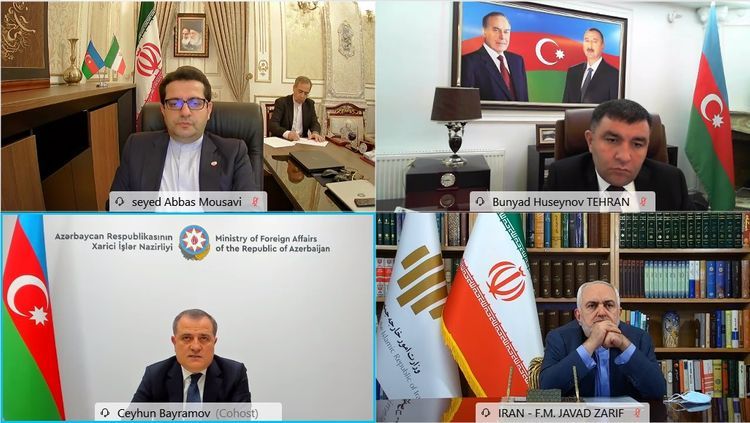 Minister Jeyhun Bayramov greeted the other side and noted with satisfaction the useful cooperation between our country and Iran.

The Minister stressed that the meeting was held on a significant day when the units of the Azerbaijani Army entered Kalbajar. He thanked the Iranian side for its support of the territorial integrity and sovereignty of our country and the statements made during a special period in the history of Azerbaijan.

Jeyhun Bayramov informed his interlocutor that the Azerbaijani-Iranian border has been fully restored. The Minister said that the liberation of the territories of the Republic of Azerbaijan created new opportunities and prospects for further cooperation with the neighboring and the friendly Islamic Republic of Iran.

Iranian Foreign Minister Mohammad Javad Zarif extended his congratulations on the liberation of our occupied territories, as well as the entry of Azerbaijani Army units into Kalbajar today. He noted that his country is always ready to assist in making progress in resolving the conflict.

The ministers discussed a number of joint projects on the North-South International Transport Corridor, the Araz River and other issues of mutual interest.