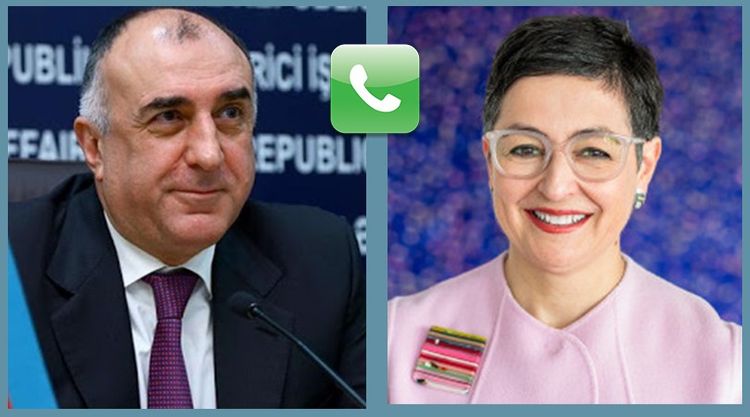 In his letter, Minister Elmar Mammadyarov expressed his most sincere congratulations and best wishes on the occasion of the 25th Anniversary of the establishment of diplomatic relations between the Republic of Azerbaijan and the Lao People's Democratic Republic.

Minister noted that he is confident that the relations and cooperation between our two countries, established on a firm foundation of mutual understanding and respect for independence, sovereignty and territorial integrity, would continue to grow in the coming years.

He took the opportunity to emphasize that Azerbaijan attaches great importance to close dialogue and cooperation with Laos and that he believes there is a vast potential of opportunities which is yet to be fully explored within bilateral relations across various areas of mutual interest.

In conclusion, the Minister extended to his counterpart a cordial invitation to pay a visit to the Republic of Azerbaijan at his earliest convenience and best wishes for happiness, peace and prosperity to all the people of Laos.

In his letter the Foreign Minister of Laos Saleumxay Kommasith expressed his cordial congratulations to Minister Elmar Mammadyarov on the occasion of the 25th Anniversary of the establishment of the diplomatic relations between the Lao People's Democratic Republic and the Republic of Azerbaijan.

The Minister noted that over the past 25 years, the friendly relations and good cooperation between the Lao PDR and the Republic of Azerbaijan have been developed and expanded both in bilateral and multilateral frameworks. He expressed his conviction that with greater joint efforts Lao-Azerbaijan cooperative relationship would be further strengthened and flourished for the tangible benefits of our two countries and peoples as well as for peace, stability and cooperation for development in the respective region and the world at large.

In conclusion, Minister Saleumxay Kommasith wished to his Azerbaijani colleague and the staff of the MFA of Azerbaijan good health, personal well-being and every success in their noble endeavors.

Diplomatic relations between the Republic of Azerbaijan and the Lao People's Democratic Republic were established on May 22, 1995.