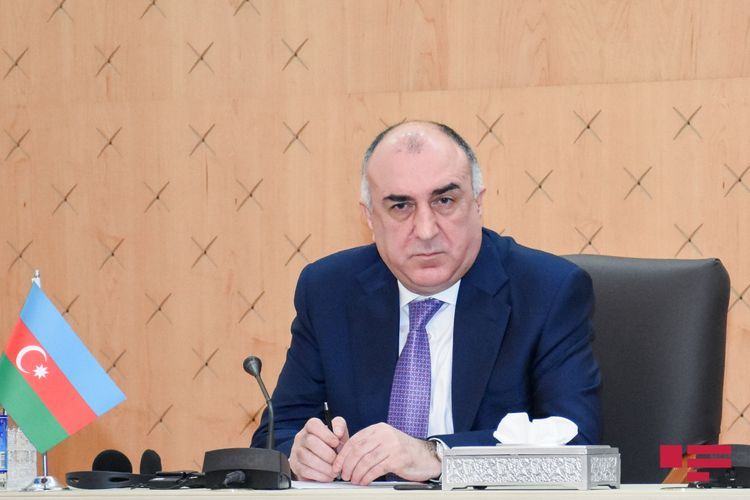 "The Shanghai Cooperation Organization (SCO) is considered one of the most important regional organizations in Asia and a joint work to achieve peace, security and stability in the region is among the organisation’s main goals," Minister of Foreign Affairs of the Republic of Azerbaijan Mr. Elmar Mammadyarov said while answering media questions following the results of 2019, APA reports.

"Regarding the relations of our country with the SCO, it should be noted that at the Organization’s Summit in Ufa on July 9-10, 2015, it was decided to grant Azerbaijan the status of a SCO dialogue partner. The existing areas of cooperation between our country and the SCO are reflected in the Memorandum signed by the parties in 2016. Thus, the spheres of cooperation between the Republic of Azerbaijan and the SCO include the traditional priority areas of the organization’s activities, as well as issues of combating terrorism, extremism and separatism, ensuring regional security and stability which are of particular importance to Azerbaijan. The focus is also on the problems of intercultural dialogue, the promotion of multiculturalism and tolerance, on which our country plays an important role in the international arena. In addition, within the framework of promoting Azerbaijan as a trans-regional multimodal transport hub, cooperation in the fields of economy, transport and telecommunications, trade and investment, which plays an important role in the framework of the SCO, was identified as a direction of interaction with this organization.

The next step in cooperation within the framework of the SCO is observer status, and in 2018, our country officially applied to the Organization in order to obtain this status. This issue is currently being considered within the framework of the SCO, and we believe that the current active cooperation between the SCO and the Republic of Azerbaijan will be further developed after we obtain the aforementioned observer status," Mr Mammadyarov.