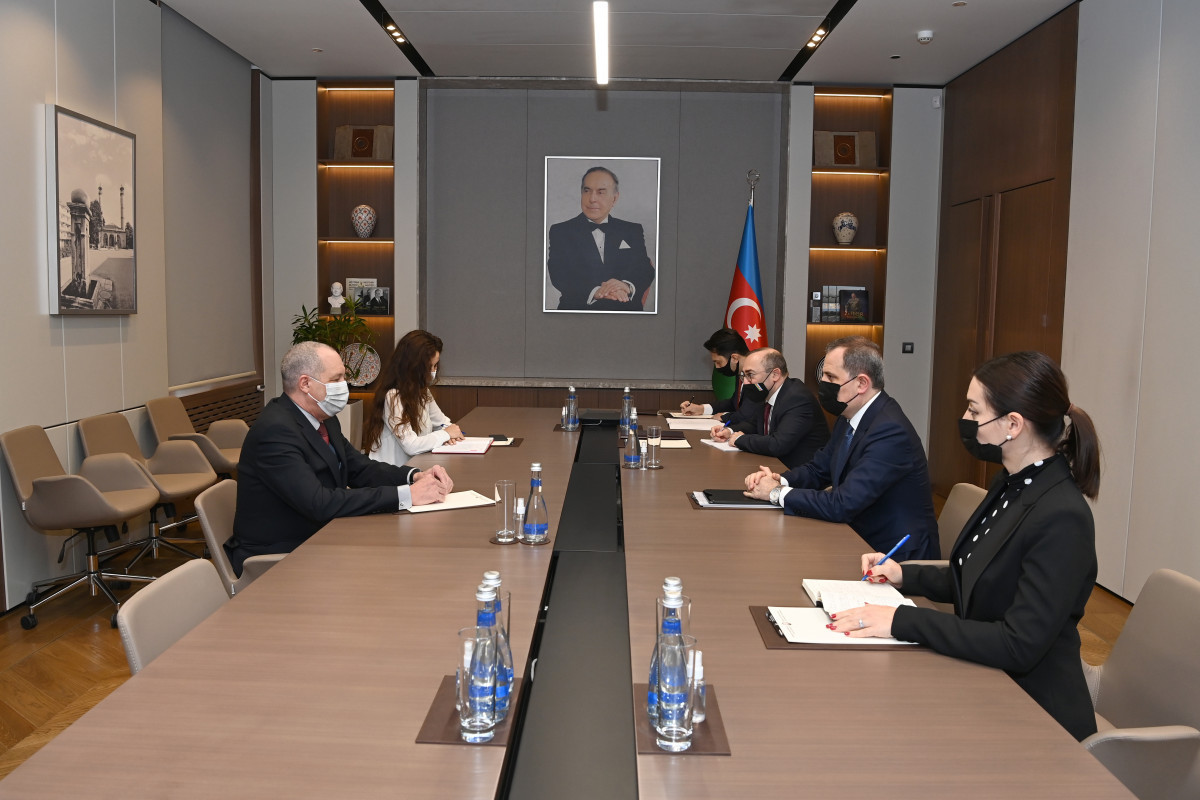 On January 27, 2022, Foreign Minister Jeyhun Bayramov received Ambassador Extraordinary and Plenipotentiary of the Republic of Cuba to the Republic of Azerbaijan Alfredo Fidel Nieves Portuondo on the occasion of the completion of his diplomatic mission in our country, the press service of the Foreign Ministry told APA.

Minister Jeyhun Bayramov noted with satisfaction the cooperation between two friendly countries-Azerbaijan and Cuba- n both bilateral and multilateral formats and high-level political dialogue between our countries.

The minister expressed his gratitude for the support of Cuba, an active member of the movement within the chairmanship of Azerbaijan to the Non-Aligned Movement, as well as the positive contribution of the friendly country to the implementation of the chairmanship priorities.

Minister Jeyhun Bayramov said that the education of Cuban students in our country within the framework of the scholarship program established by the Azerbaijani government for the Non-Aligned Movement will contribute to the expansion of relations between the peoples. The ambassador was also informed that the arrival of a group of doctors from Cuba to Azerbaijan during the pandemic was met with great sympathy by our people.

Ambassador Alfredo Fidel Nieves Portuondo expressed gratitude for his attention and support to him during his activity in Azerbaijan, highly appreciated the hospitality of the Azerbaijani people. He recalled with satisfaction the visit of the President of the Republic of Cuba to Azerbaijan to attend the Non-Aligned Movement Baku Summit, during his activity period. He stressed that his country always supported the territorial integrity of Azerbaijan.

The sides exchanged views on the development of the relations between the two countries.

Minister Jeyhun Bayramov expressed gratitude to the ambassador for his contribution to the development of the relations between our countries and wished him success in his future activity.