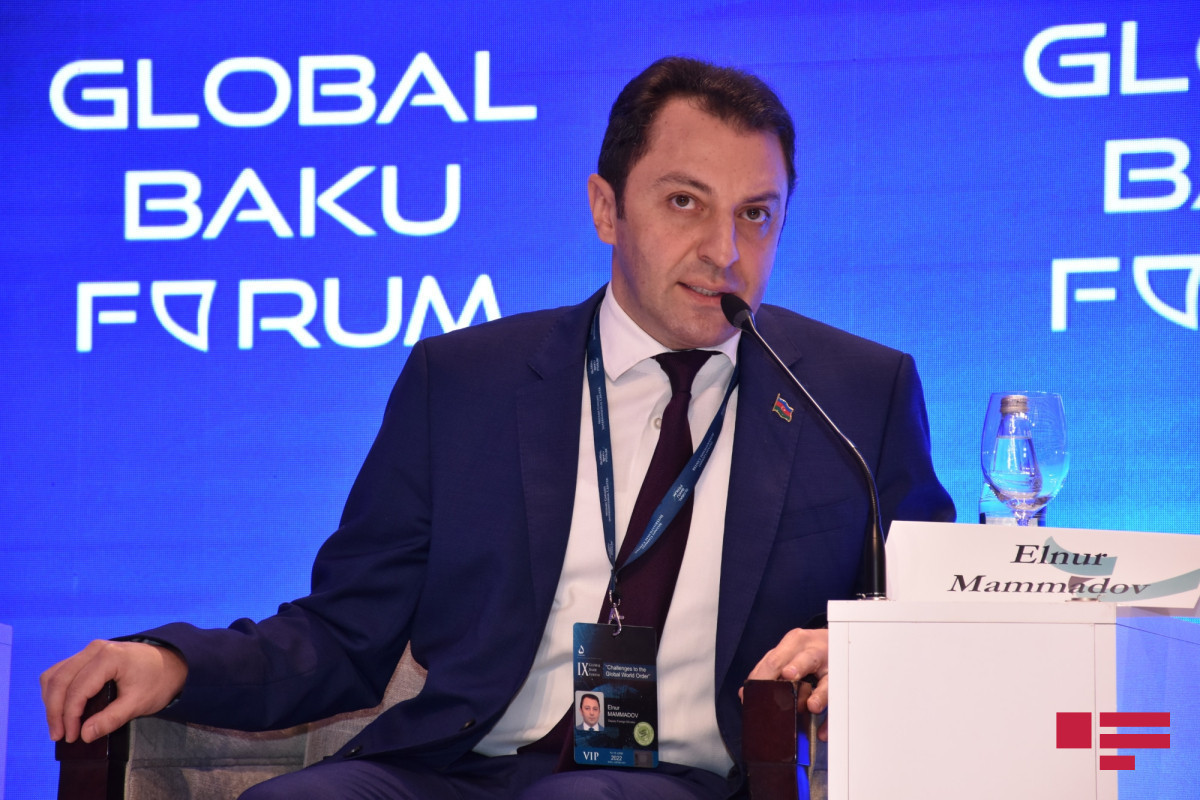 "Over the past six months, a number of measures have been taken to normalize relations between Armenia and Azerbaijan," Azerbaijani deputy foreign minister Elnur Mammadov said at the panel within the framework of the IX Global Baku Forum, APA reports.

He said that there is direct contact between Armenia and Azerbaijan: “The first phone conversation between the foreign ministers took place in April. This was the first phone call in 30 years. Finally, the composition of the border delimitation commission was agreed upon. An agreement was reached in Brussels to establish this commission".

The Deputy Minister noted that Azerbaijan wants to normalize relations with Armenia: “It is not easy, we expect Armenia to demonstrate a stable position for this.

As Azerbaijan, we have started working on concrete initiatives and made proposals. The three countries (Azerbaijan, Georgia, and Armenia) can turn the region into a stable, prosperous region through direct cooperation".