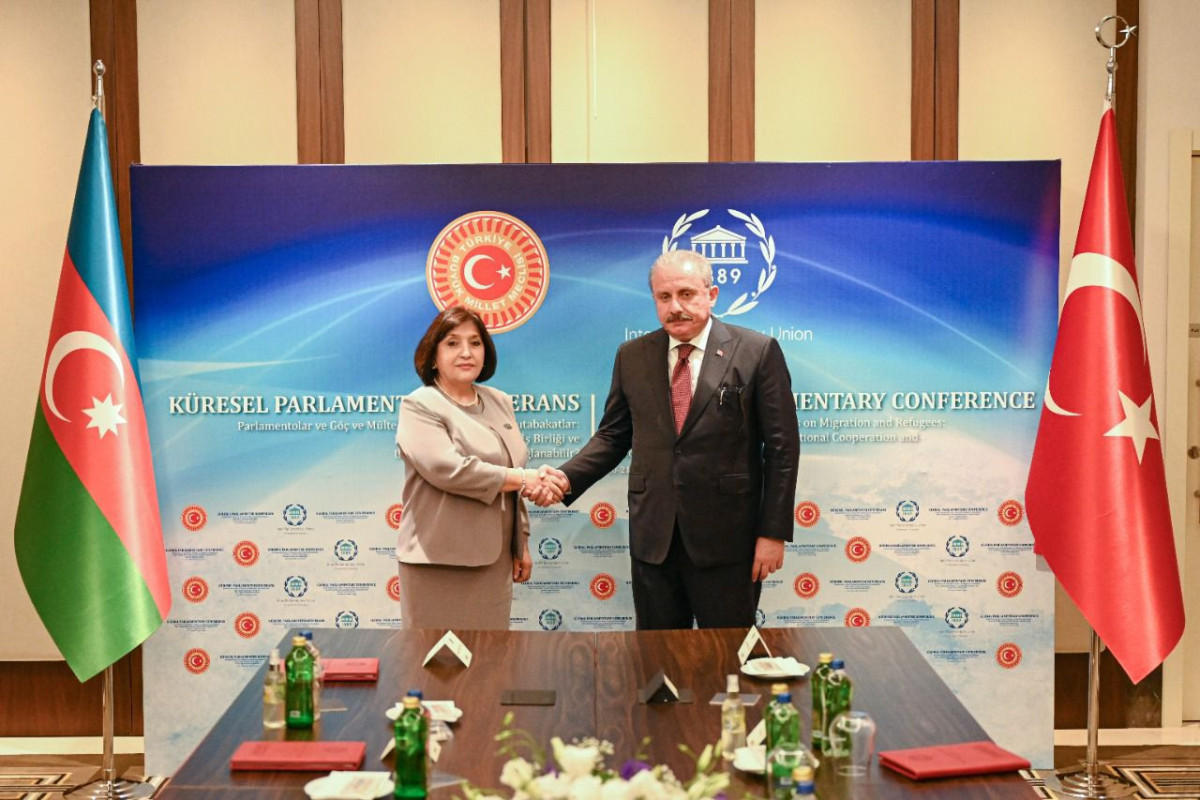 Chair of the Milli Majlis of Azerbaijan Sahiba Gafarova had a conversation with Chairman of the Grand National Assembly of Turkey Mustafa Şentop on 20 June as part of her current visit to Istanbul, Press and Public Relations Department of the Milli Majlis told APA.

Mr Şentop greeted her cordially and thanked her for taking part in the on-going Global Parliamentary Conference Parliaments and the Global Compacts on Migration and Refugees: How to bring about stronger international cooperation and national implementation.

Mr Şentop also underscored the import of the topic of the conference, mentioned the migration and refugees’ problematic having gained in gravity over the past years and stressed the significance of international discussions and dialogues in addressing the relevant issues. He also referred to the progress of the Turkish-Azerbaijani relations with reliance upon the two states’ friendship and brotherhood, adding that both Turkey and Azerbaijan took the identical grounds on all subjects, which was actually a manifestation of this fraternity and bonds of amity.

Sahiba Gafarova, in turn, extended to Mustafa Şentop her gratitude for the invitation to the Global Parliamentary Conference and for the heartfelt hospitality with which she had been met. It is remarkable that an event dedicated to such a weighty subject would be held nowhere else but in Turkey – after all, Turkey plays a formidable role in managing migration processes and untying related knots, according to Mrs Gafarova.

Mrs Gafarova also talked about the current relevance of the aspects of an efficient social and economic integration of migrants and refugees as well as of their eventual safe and dignified return to the home countries. She then underlined the necessity of acting on the pertaining international documents in effect. Having stressed the exemplary Azerbaijani experience in addressing migration process-related issues, Mrs Gafarova told Mr Şentop of the weight our country gave to managing those processes in accordance with the international norms and the national legislation alike, and to protecting migrants’ rights.

The brotherly ties between Azerbaijan and Turkey, resting on the Great Leader Heydar Aliyev’s ‘one nation – two states’ thesis, are progressing in every direction and area nowadays, according to the Chair of the Milli Majlis. Indeed, one would find it rather difficult to find any other pair of states being as close, she added. The high-level relations between the leaders of our states and the benevolent impact those relations had on the uninterruptible advancement of our relations were mentioned, too. Sahiba Gafarova said confidently that our fraternity and amity would continue progressing.

There was also an exchange of views upon other matters of interest and concern to both sides as the conversation drew on. 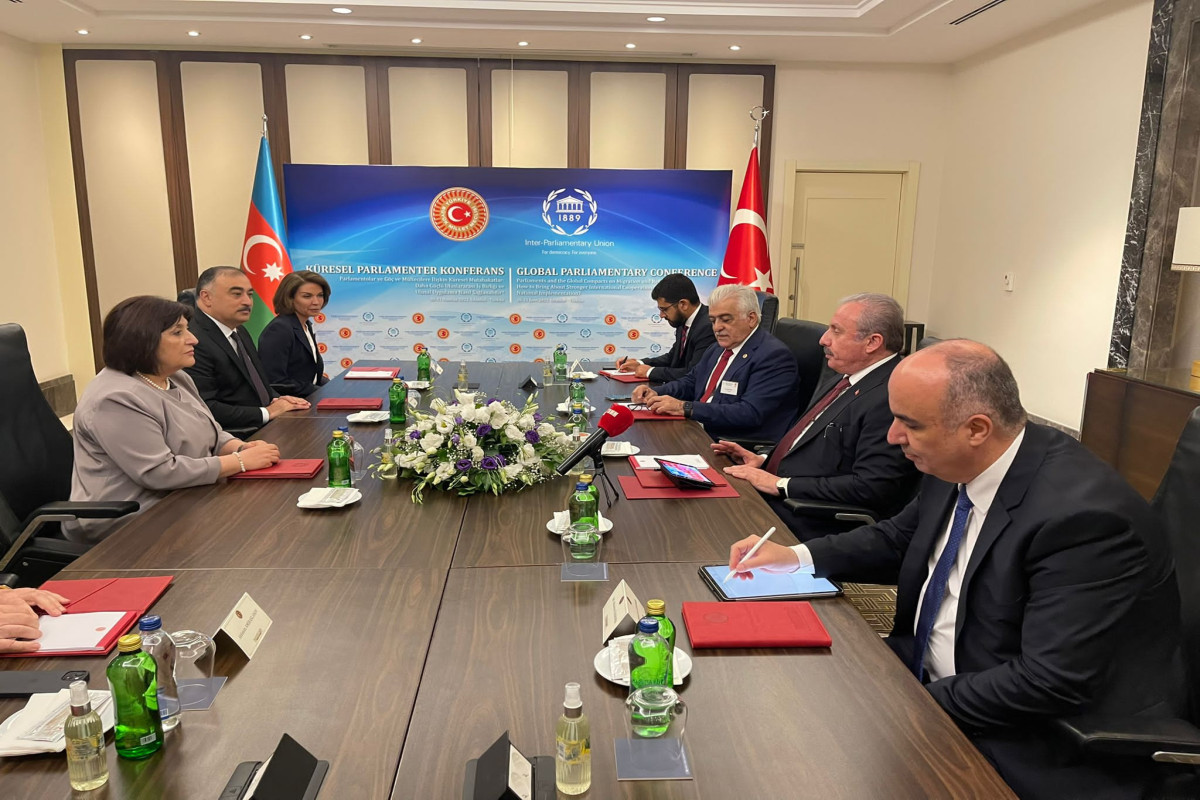 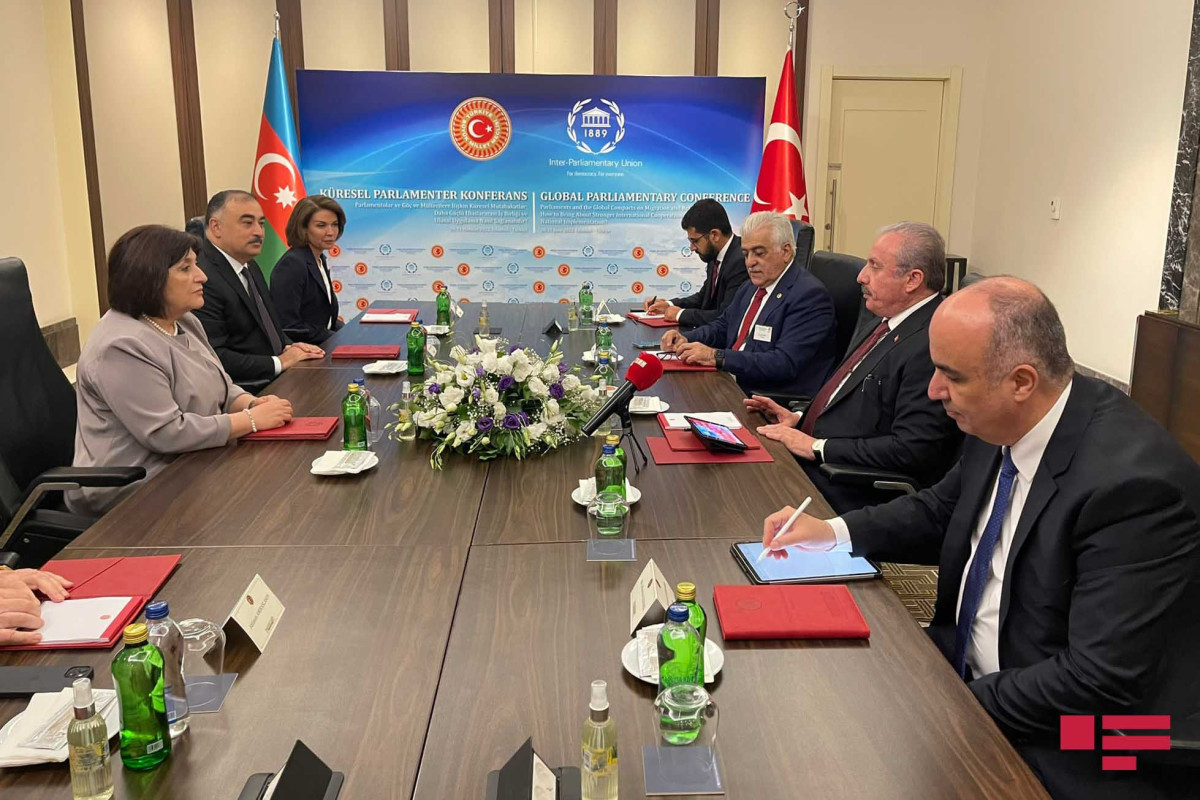 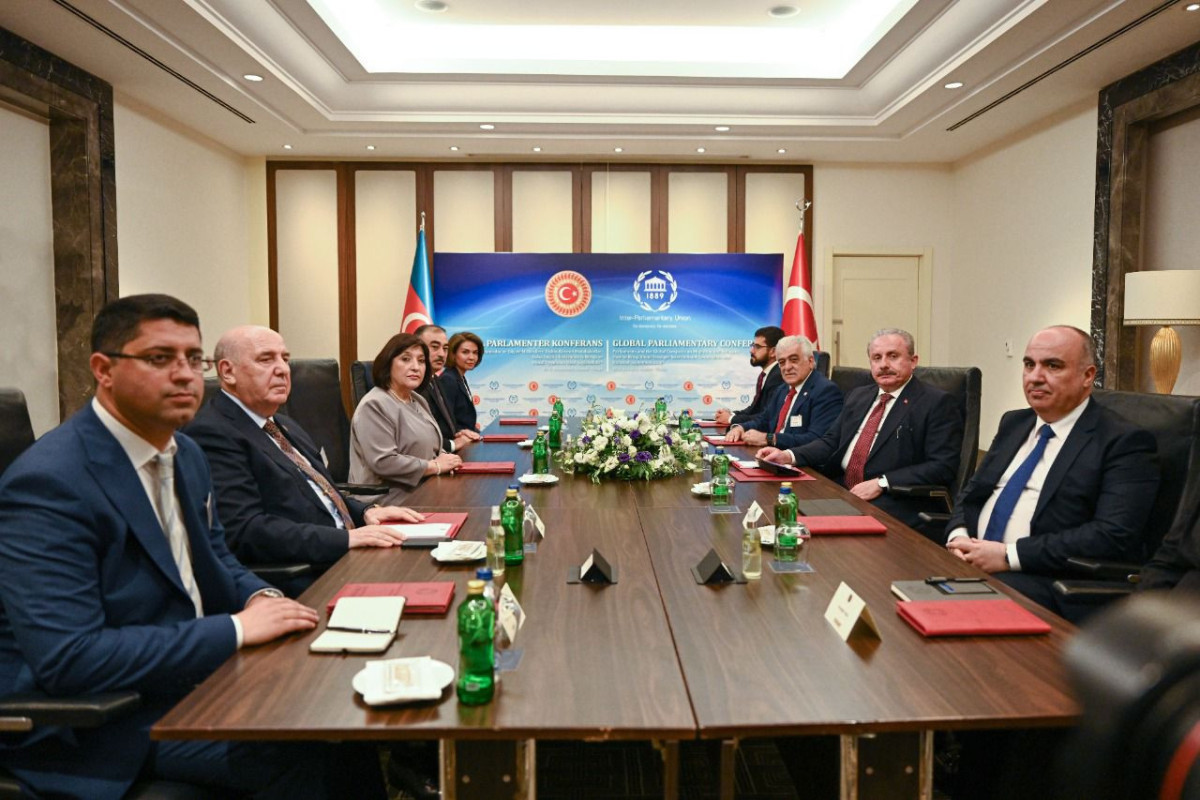 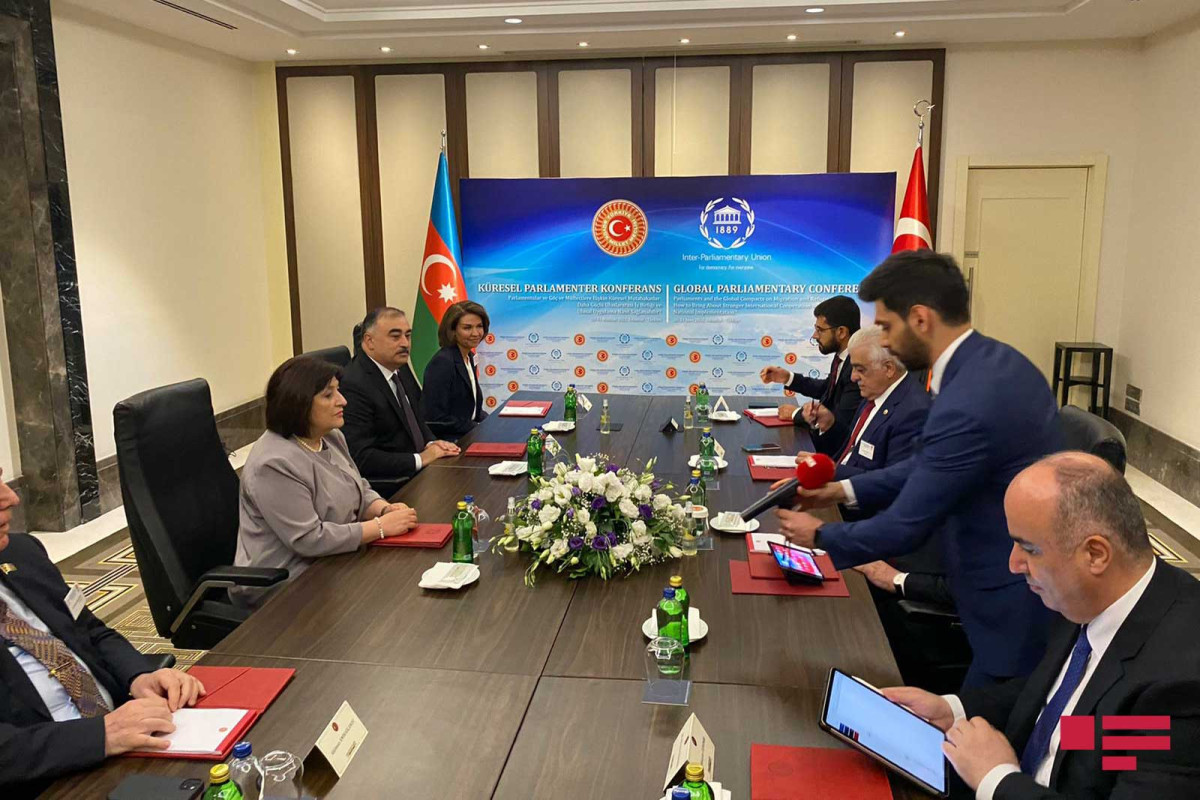 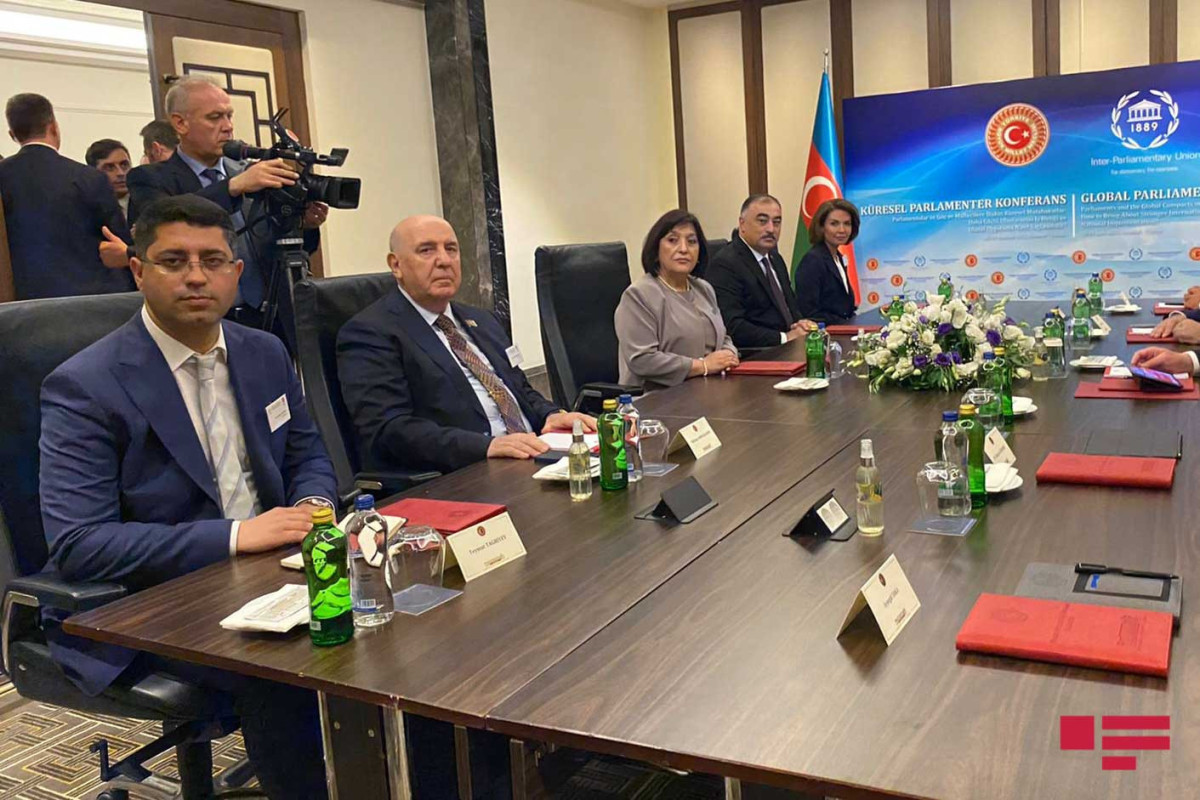