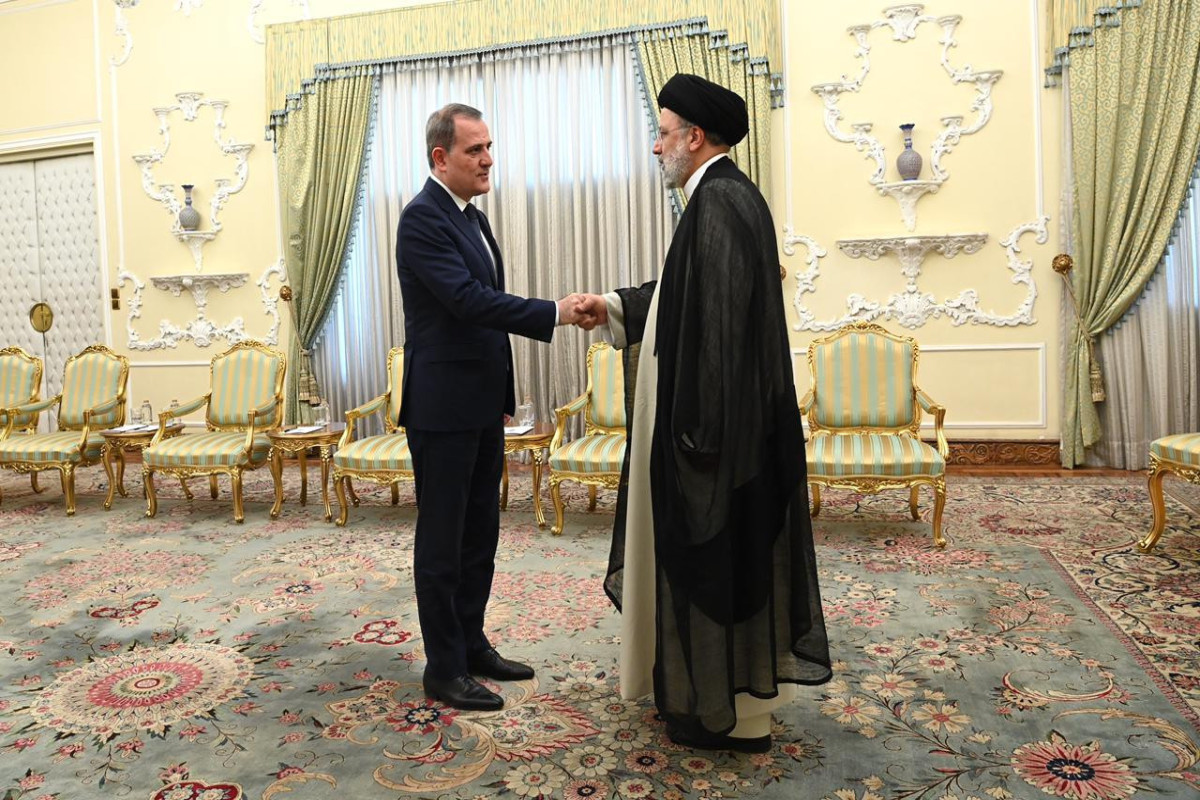 Press Service Department of the Ministry of Foreign Affairs of the Republic of Azerbaijan spread information on the meeting of the Azerbaijani Foreign Minister Jeyhun Bayramov with President of the Islamic Republic of Iran Ibrahim Raisi, APA reports.

Minister Jeyhun Bayramov talked about the historical, religious, and cultural ties between the two countries and said that the meetings of the heads of state are of great importance in the development of relations. In this regard, he emphasized the importance of holding two meetings between the Presidents of the two countries in a short period of time. Minister Jeyhun Bayramov noted that useful negotiations were conducted with his counterpart in Iran in accordance with the agreements reached and tasks given at the meeting held by the Presidents of the two countries in Ashgabat".

Raisi noted that Iran is interested in developing relations with Azerbaijan.

Iranian President stressed he hopes a leap will happen in the relations, with the visit of Azerbaijani President Ilham Aliyev to Iran.