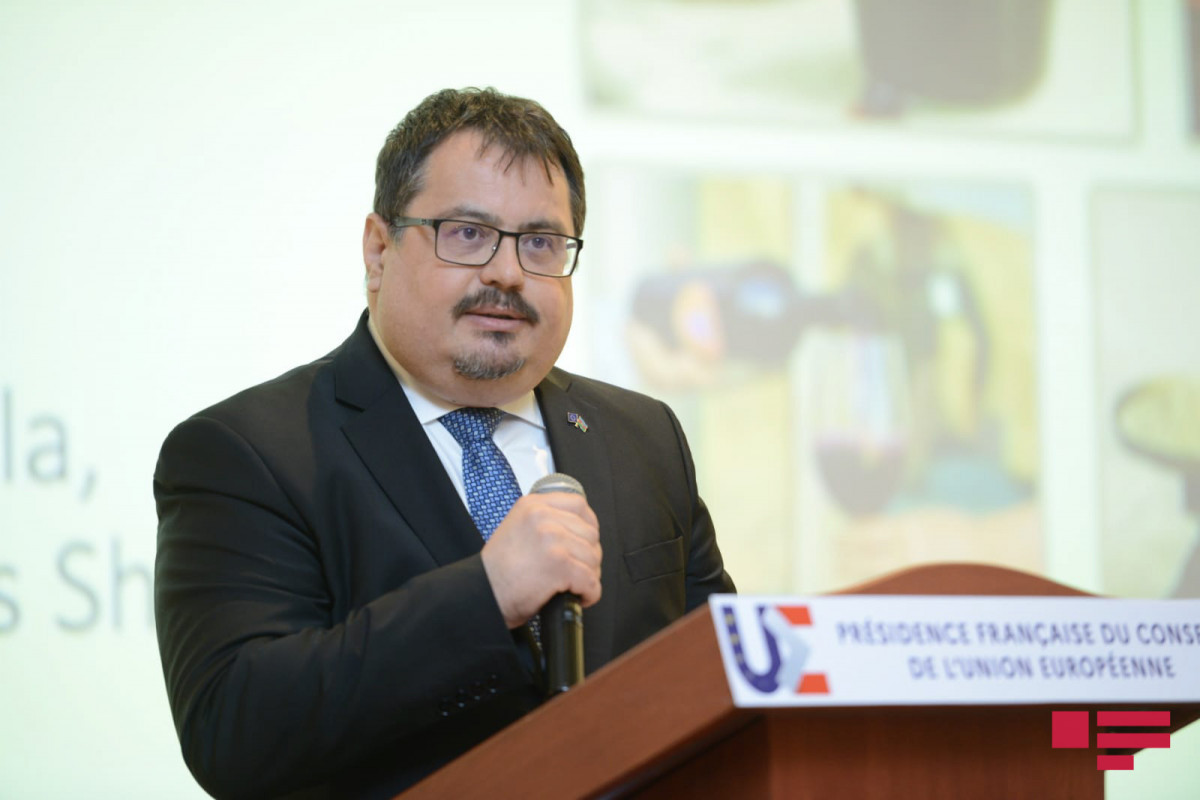 "Participation of the Azerbaijani President in the Eastern Partnership summit in December is the strongest sample of our cooperation," said the Head of the European Union (EU) Delegation to Azerbaijan, the ambassador Peter Michalko while delivering a speech at the event held by the French embassy in connection with the transfer of the presidency of the EU Council to France, APA reports

"Our strong cooperation must serve to both welfare of the Azerbaijani citizens, and citizens of the EU countries," said the EU ambassador.

He noted that the EU allocates the financial aid to the important projects in Azerbaijan covering the different areas: "Our bilateral cooperation mutually strengthens. The EU is Azerbaijan's largest trading partner and investment source. I am sure that the agreement to be signed between the EU and Azerbaijan will take this cooperation to higher levels. The EU is a loyal partner supporting peace, welfare in this region, and high-level visits of the EU officials to the region are clear evidence of this".

The EU ambassador has wished France success during the presidency to the EU Council.