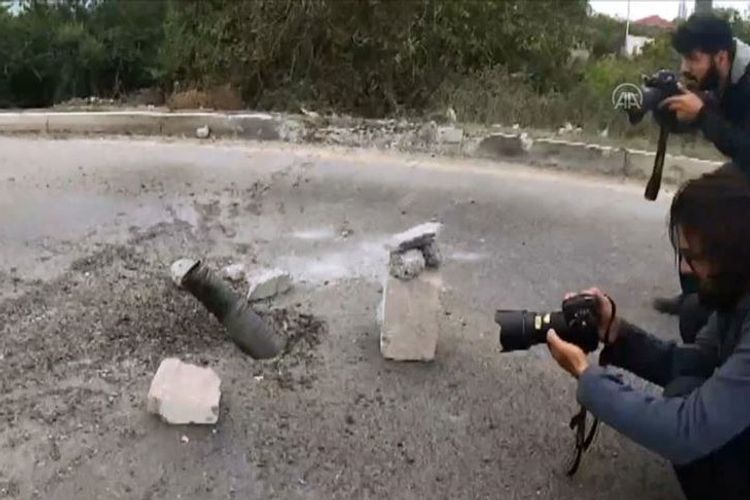 From the day counter-attack began, Armenian armed units attack against local and foreign journalists who carry out their professional activity.

During the latest days, the enemy targeted with projectile fire the employees of Turkey’s Anadolu agency, Azerbaijan’s “Azərtac”, APA, Turan, ARB TV, Khazar TV, Public Television, Space TV, ATV, BAKU TV. Despite enough video and materials which depicts these attacks have been disseminated, the international community, as well as International media agencies do not comment on these events.

These attacks committed against the media representatives by Armenian armed forces should be seriously investigated, international journalistic organizations must demonstrate an objective and impartial position in this situation.