Erdogan: “Turkey stood with Azerbaijani brothers with all its opportunities” 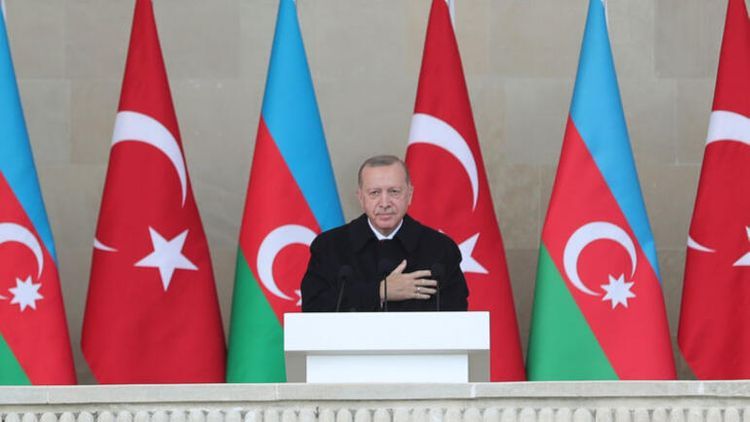 “May God’s mercy upon brave martyrs, I wish a quick recovery to veterans. One of the biggest shares in this success of Azerbaijan, both in the military and diplomatic spheres, belongs to my dear brother Ilham Aliyev. God willing, Azerbaijan will continue to write epos. From the beginning, Turkey has supported the combat of Azerbaijan with all its institutions and organizations, and stood with Azerbaijani brothers with its all opportunities,” Turkish President emphasized.