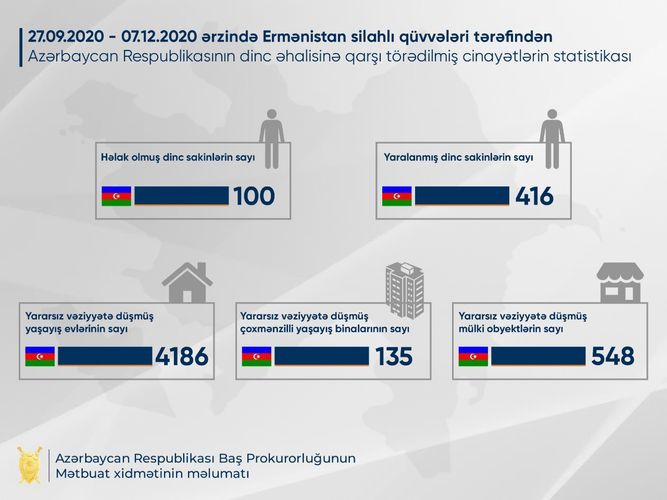 The statistics of the crimes conducted by Armenian armed forces against Azerbaijani civilians have been announced, the press service of the Prosecutor General’s Office told APA.

As a result of provocations of the Armenian armed forces, 110 civilians died, 416 injured.