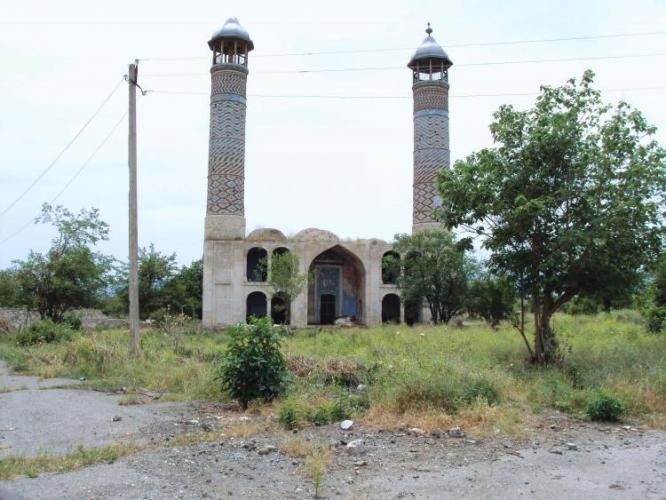 Armenian invaders occupied the major part of the Aghdam District on July 23, 1993, seizing around 882 sq km of 1,094 sq km territory of Aghdam, one city and 80 villages.

More than 6,000 people died during the battles in Aghdam, while 128,000 people became internally displaced persons after the occupation.

The district’s occupation inflicted a damage of $6.179 billion to Azerbaijan. The damage inflicted to the region’s agriculture only is estimated at 992.8 million manats.

Dealing with the settlement of the Nagorno-Karabakh conflict is the OSCE Minsk Group, which was created after the meeting of the OSCE Ministerial Council in Helsinki on 24 March 1992. The Group’s members include Azerbaijan, Armenia, Russia, the United States, France, Italy, Germany, Turkey, Belarus, Finland and Sweden.

Besides, the OSCE Minsk Group has a co-chairmanship institution, comprised of Russian, US and French co-chairs, which began operating in 1996.

In the next few hours, two aid planes of Azerbaijan' MES will be sent to Turkiye-PHOTO-VIDEO