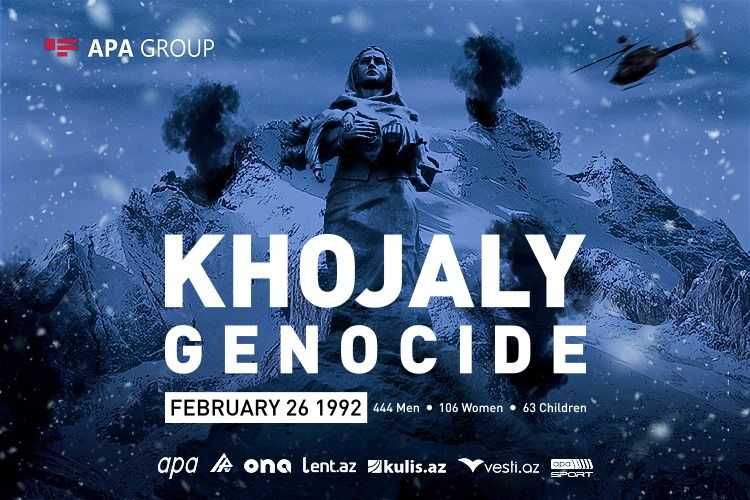 Armenian armed forces, with the help of the 366th Motorized Rifle Regiment of Russia, occupied the Azerbaijani town of Khojaly and slaughtered civilians on the night of February 25-26, 1992.

Armenian military units, with the help of the 366th Motorized Rifle Regiment of the USSR based in Khankendi, attacked Khojaly on February 25, 1992.

2500 Khojaly residents, who remained in the encircled town, began to move towards Aghdam.

But Armenians attacked them from ambush.

As a result of the Khojaly genocide, which was a tragedy of century, 613 civilians, as well as 63 children, 106 women and 70 old people were killed atrociously, 8 families were completely annihilated, 25 children lost both parents, 130 children lost one parent, 487 were wounded (76 of them are children), some 1,275 innocent residents were taken hostage, while the fate of 150 people including 68 women and 26 children still remains unknown.

According to official estimates, the destruction and looting of state and private property due to the occupation of Khojaly city by illegal Armenian armed groups caused AZN 140 mln or $ 170 mln damage to the property of the state and people of Azerbaijan.

In 1994, a resolution “On 26 February- the Day of the Khojaly genocide ” was issued with the initiative of Heydar Aliyev at the Milli Majlis of the Republic of Azerbaijan. The document describes the causes of the tragedy and its perpetrators.