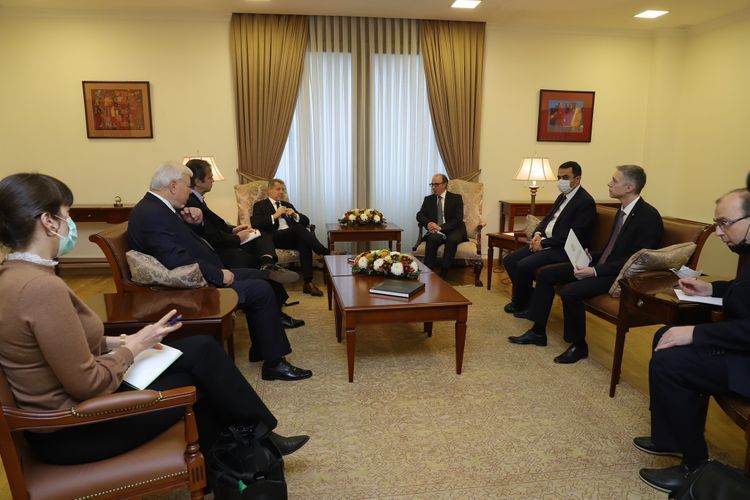 The American and French Co-Chairs of the OSCE Minsk Group has met with Armenian Foreign Minister Ara Aivazian, according to the information disseminated by Foreign Ministry of Armenia the meeting held within the framework of co-chairs' visit to the region, APA reports.

Personal Representative of the OSCE Chairperson-in-Office Andrzej Kasprzyk and the Charge d'Affaires of the Russian Federation attended the meeting.

Note that Igor Popov, the Russian co-chair of the Minsk Group, did not visit the region due to illness.