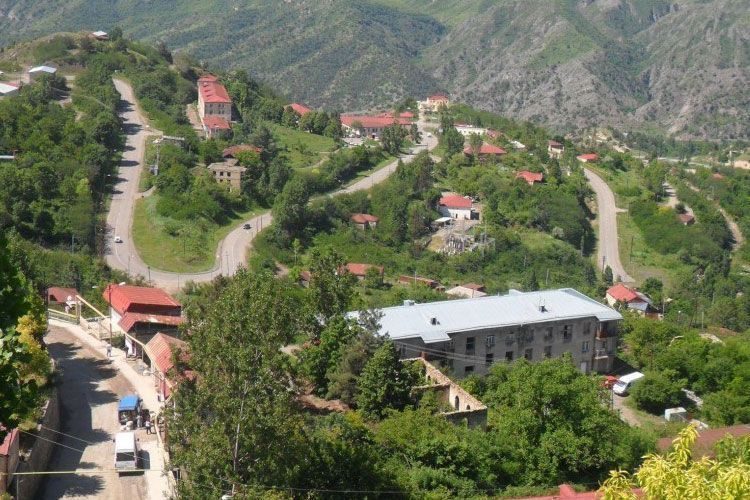 The Azerbaijani community of Nagorno Garabagh region of the Republic of Azerbaijan has released a statement on the 28th anniversary of the occupation of Lachyn, APA reports.

“Lachyn region was occupied by Armenia’s Armed Forces on May 18, 1992. Lachin is one of the regions of the Azerbaijan Republic situated on the border with Armenia and having very big strategic significance.

The attack of Armenia’s armed forces on Lachin resulted in the occupation of 1 city, 1 settlement, and 125 villages of the region. As a result of the occupation, 217 culture, 101 education, 142 health institutions, 462 trade, 30 communication, 2 auto-transport enterprises, and the production enterprises of various purposes were exposed to pillage and destruction by Armenia’s armed forces. Over 77 thousand Lachyn residents turned into internally displaced people and their properties were plundered. The internally displaced people from Lachyn have temporarily settled down in 57 cities and regions of the Azerbaijan Republic.

The Albanian Aghoghlan temple dating back to 6th century, the Melik Azhdar tomb dating back to 14th century, the mosque in Garagyshlag village, the ancient cemetery in Zabukh village have been exposed to vandalism as a result of occupation by Armenia which is just a few of the region’s 54 historic monuments of the world significance and over 200 historic monuments of local significance.

After the occupation of Lachyn, the natural resources of the district were pillaged. As other occupied territories, especially Armenia-originated refugees from Syria were illegally settled in Lachyn. Armenian steps aimed at changing the demographical composition of the district by violating fundamental human rights of more than 77 thousand Azerbaijanis, subjected to ethnic cleansing as a result of the occupation of Lachyn, is a gross violation of international law.

Invasion of Kalbajar, Aghdam, Gubadli, Zangilan, Jabrail, Fuzuli districts of Azerbaijan, which are not included in the administrative borders of Nagorno Garabagh after Lachyn, proved that main purpose of Armenia was invasion of new territories by force and expansion policy.

We call on the world community to require the Armenian side to stop aggressive acts against Azerbaijani people, ongoing today, on behalf of more than 80 thousand people of Nagorno Garabagh region of the Republic of Azerbaijan, as well as more than 1 million Azerbaijanis, subjected to ethnic cleansing in all occupied Azerbaijani territories.

Statements of the Armenian side that serve to aggravate the situation and appeals directed to the annexation of the territories of Azerbaijan continues to make a serious blow to the peaceful settlement of Armenia-Azerbaijan conflict.

We declare that the fair settlement of the Armenia-Azerbaijan conflict is possible only after the withdraw of the armed forces of Armenia from the occupied territories of Azerbaijan and after the return of Azerbaijanis subjected to ethnic cleansing, as well as the Lachin residents to their native lands. As the Azerbaijani community of the Nagorno Garabagh region of the Republic of Azerbaijan, we are ready to live together in a peaceful situation with the Armenian community of the region, within the internationally recognized borders of the Republic of Azerbaijan. Only in this case, sustainable and fair peace can be ensured in the region.