Azerbaijani FM: "2019 can be considered as “a year of missed opportunities” to resolve the conflict" 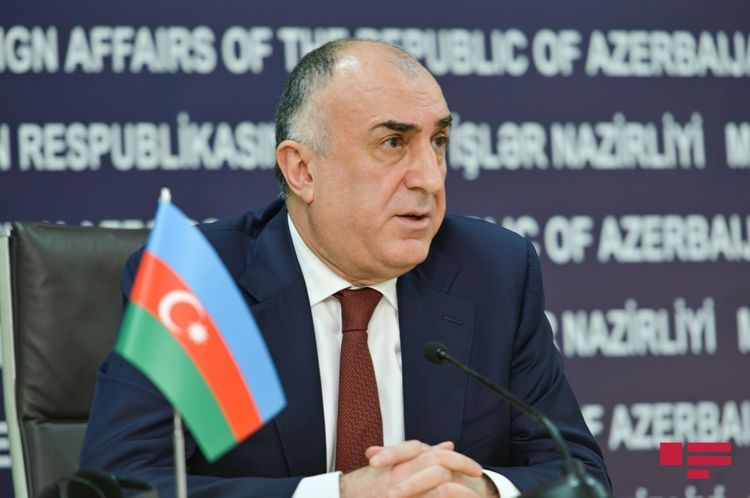 "This year, as part of the negotiation process to resolve the Armenia-Azerbaijan Nagorno-Karabakh conflict through the mediation of the co-chairs of the OSCE Minsk Group, a meeting of the President of Azerbaijan and the Prime Minister of Armenia took place on March 29 in Vienna, as well as 5 meetings at the level of the foreign ministers of the two countries: January 16 in Paris, April 15 in Moscow, June 20 in Washington, September 23 in New York and December 4 in Bratislava," Minister of Foreign Affairs of the Republic of Azerbaijan Mr. Elmar Mammadyarov said while answering media questions following the results of 2019, APA reports.

"Based on the intensity of these meetings, it seems that the conclusion is that both parties are interested in advancing the negotiation process. However, given the completely baseless and contradictory statements made by the Armenian side during the year, as well as the fact that no specific results were achieved at the meetings, it should be noted with regret that 2019 can be considered as “a year of missed opportunities” to resolve the conflict," Mr Mammadyarov said.

Azerbaijani FM said on the one hand, the Armenian leadership, declaring its interest in a peaceful settlement of the conflict, on the other hand, with its inconsistent statements about either the so-called “independence” or the “miatsum”, undermined the negotiation process and the efforts of the OSCE Minsk Group co-chairing countries. "Indeed, as a result of the meetings, initiatives were put forward to implement measures in the humanitarian sphere and to prepare the population of the two countries for peace, in this regard, as a first step, mutual visits of the press of Azerbaijan and Armenia were held. However, Armenia’s further attempts to politicize this initiative and use it as a propaganda tool raised the questions on the readiness of this country to prepare its people for peace. While in fact, the journalists involved in this initiative and especially the party supporting them, should feel responsible and not undermine the process. Otherwise, such initiatives and attempts to build bridges between the two nations will not make any sense. Thus, in the future, it is necessary to look at the development of these initiatives through this prism, and then we can talk about the next steps."