Azerbaijani President: "Proposals have been made to the Italian side to participate in the restoration of the liberated territories" 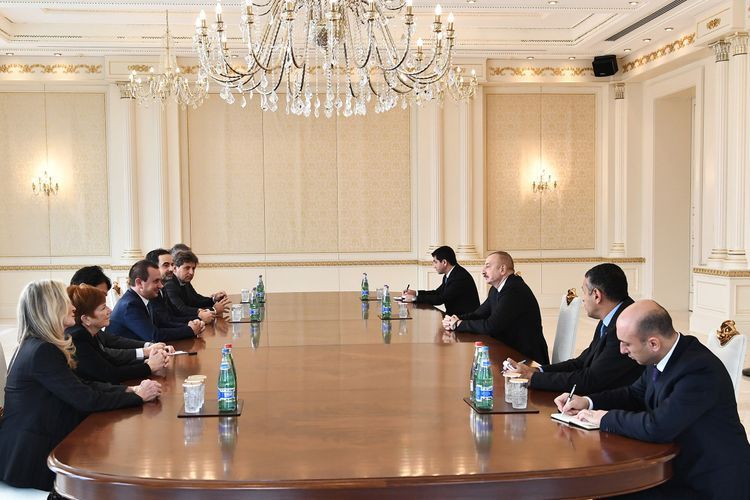 Now a new era is beginning for our country. We will rebuild all those regions. Preliminary steps have already been taken and initial infrastructure projects have been launched. But the scenes you see in Aghdam are observed in almost all the liberated lands. There is not a single safe building left in Fuzuli and Jabrayil cities. Zangilan and Gubadli are in the same situation," said President of the Republic of Azerbaijan Ilham Aliyev as received a delegation led by Vice-President of the Italian Chamber of Deputies Ettore Rosato, APA reports.

According to the head of state, the Armenian state has pursued a policy of illegal settlement in Kalbajar and Lachin districts. "This is a war crime, a step that runs counter to Geneva Conventions. Some houses remain in some settlements in these districts. They were inhabited by Armenians. However, from 10 November to 1 December, the time in which they had to leave these districts, they also committed atrocities there, burning and demolishing houses. Those houses were not built by them, but by the Azerbaijanis who lived there 30 years ago. They burned the forests and cut down trees. In other words, they committed atrocities right in front of the eyes of the whole world. International media have also reported on this. The whole world saw what vandals Azerbaijan was facing and managed to restore its territorial integrity by waging a war against these vandals on its own."

Mr. Aliyev noted that a restoration period is now setting in: "Large-scale construction work will be carried out. Of course, first of all, Azerbaijani companies will take part in this work, and we will invite companies from countries that are friendly to us. Rather, we have already invited them. I would very much like Italian companies to take an active part in this work, i.e. in the restoration and reconstruction work. These proposals have already been made to the Italian side. Preliminary contacts will be established via a videoconference in the coming days. Of course, I want to say again that companies from friendly countries will take part in this work. And true friendship manifests itself in difficult times. For us, this war also showed who the real friends of Azerbaijan are, which countries. We are people who value friendship. Your visit to Azerbaijan once again shows that Italy is a true friend of Azerbaijan."