Azerbaijani President: There are attempts to interfere with the statement signed on 10 November 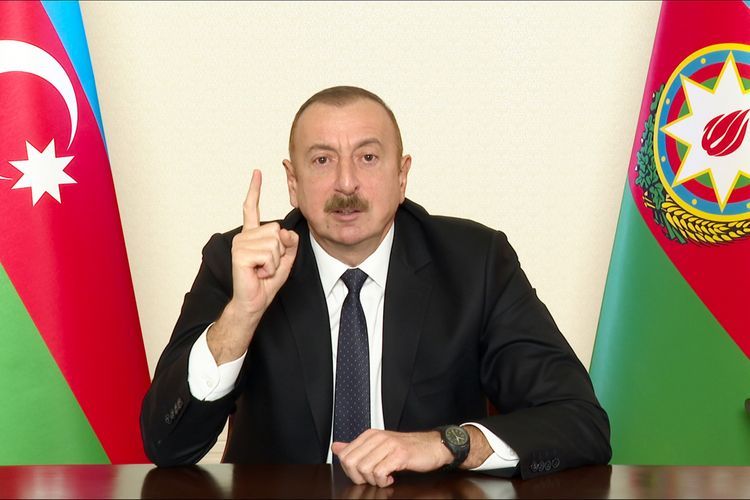 "If someone wants to interfere with the statement signed on 10 November, they will be faced with our tough position," said President of the Republic of Azerbaijan Ilham Aliyev in his address to the nation, APA reports.

"There are such attempts. They pursue one goal – to violate this agreement because it is very annoying for some due to a new security format emerging here. The statement reaffirms the establishment of a joint Turkish-Russian center. At the same time, some are annoyed by the security measures adopted here and the implementation of the provisions of the statement. However, no-one will be able to interfere in our affairs and the agreement reached. It is being fulfilled and must be fulfilled," noted Azerbaijani President.