Azerbaijani President: "We have created a legal basis for resolving the conflict over the past 17 years" 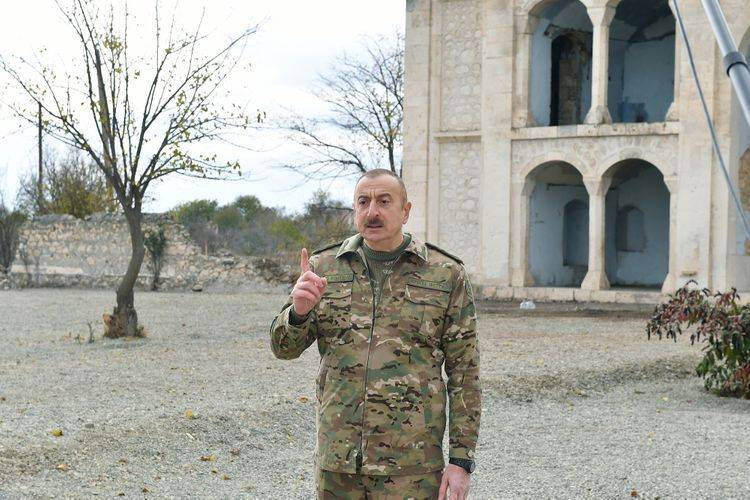 "We have created a legal basis for resolving the conflict over the past 17 years," said President of the Republic of Azerbaijan, Commander-in-Chief of the Armed Forces Ilham Aliyev during his speech in front of Aghdam mosque, APA reports.

"In all of my international contacts, I communicated Azerbaijan's position on the Armenia-Azerbaijan Nagorno-Karabakh conflict, its historical realities and the current situation to all my colleagues. The Armenia-Azerbaijan Nagorno-Karabakh conflict has a special place in almost all of my bilateral international contacts. It is enough to look at my speeches. Over the past 17 years, I have expressed my views on this issue in almost all of my speeches, informing the world community about it. Unfortunately, in the early 1990s, the world did not have a full picture of the conflict and there was distorted information. There was information circulated by the Armenian lobby. Otherwise, the American Congress would not have passed the notorious Section 907 while our lands were occupied. Azerbaijani lands were under occupation, but the US Congress recognized Azerbaijan as an aggressor and deprived us of humanitarian aid. The Armenian lobby achieved this at the time. Azerbaijani diplomacy simply failed to take adequate steps to counter them," noted Azerbaijani President.