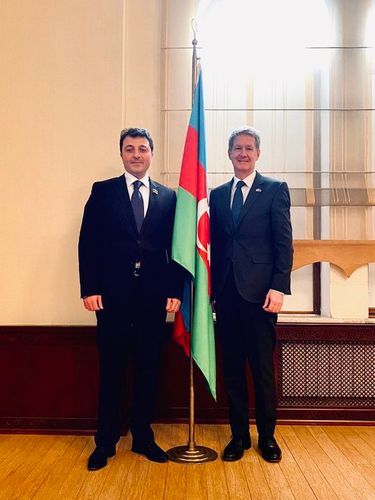 The Ambassador of the United Kingdom to Azerbaijan James Sharp has met with Tural Ganjaliyev, head of the Azerbaijani community of Nagorno Garabagh, the ambassador said twitted, APA reports.

“Today, I held familiarization meeting with the head of the Azerbaijani community of Nagorno Garabagh, member of parliament Tural Ganjaliyev. At the meeting, we discussed the ways of peaceful solution of Nagorno Garabagh conflict and the contributions that can be made by the community into this activity”, the British diplomat noted.