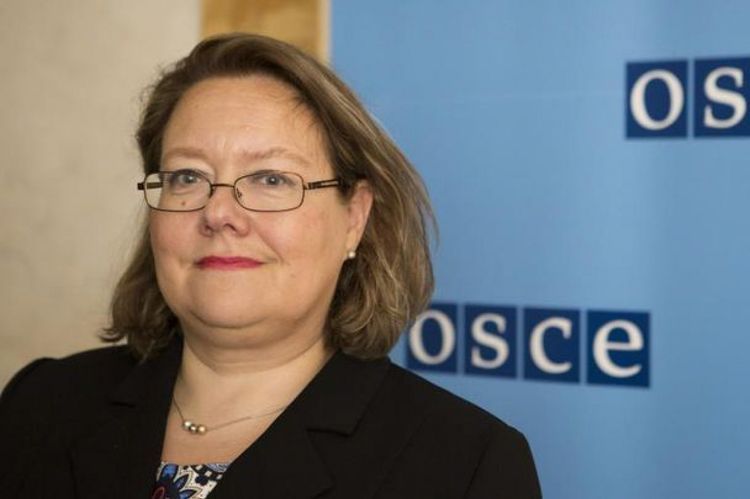 “The activity of OSCE in processes of conflicts remains active,” said Director of the OSCE Conflict Prevention Centre Tuula Yrjölä bin her speech at the 27th meeting of OSCE Ministerial Council, APA reports.

According to her, if there is political will, the process of political dialogue and mediation on the conflicts in the OSCE area can be continued online: "Our security environment has been extremely volatile and unpredictable. There are signs that the pandemic is accelerating current trends, including mistrust and polarization within and between countries. It also has a severe impact on the population affected by the conflict and living in already difficult conditions. This further complicates efforts in conflict prevention and conflict management. Unfortunately, the UN Secretary General's call for cooperation in the global ceasefire and conflict zones has not been heeded. On the contrary, the pandemic has hampered dialogue and contacts, mediation processes. In some cases, we have witnessed the use of force instead of diplomacy. I would like to remind you of the destructive war around Karabakh, which has had a serious impact on the civilian population. Welcoming the cessation of battles and reaching the ceasefire, we should now support a lasting political solution to the conflict in order to achieve our renewed efforts. There is broad support to Minsk Group co-chairs and the Personal Representative of the OSCE Chairman-in-Office in the direction of continuing diplomatic efforts.”